October 14, 2016 - FILE - The Obama administration announced today a new round of executive actions designed to increase trade and travel with the communist island. And this is the one many Americans have been waiting for, no more restrictions on the island's famed rum and cigars. Pictured: HAVANA, March 4, 2016 (Xinhua) -- A person works in the girdling of a limited edition tobacco for the 50th anniversary of Cohiba brand during the 18th International Habano Cigar Festival, at the Cohiba tobacco factory, in El Laguito, Havana, Cuba, on March 3, 2016. The 18th International Habano Cigar Festival is held from Feb. 29 to March 4. (Credit Image: © Joaquin Hernandez/Xinhua via ZUMA Wire) 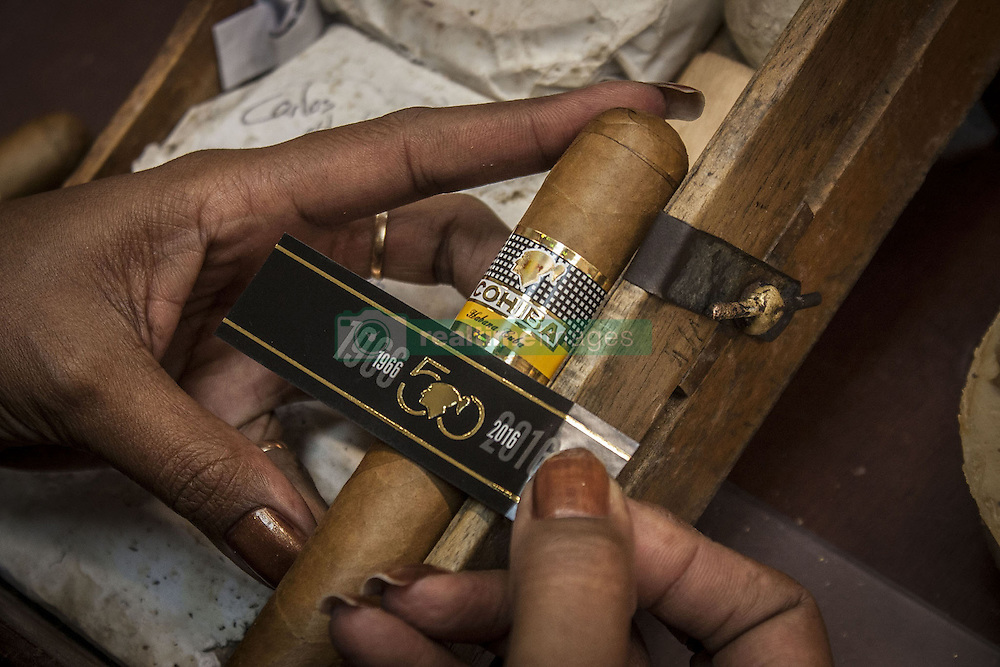