Violent clashes in Gaza along the Gaza- Israeli border fence

April 27, 2018 - Clashes break out between Palestinian demonstrators and Israeli soldiers east of the Gaza city of Khan Yunis, along the Gaza- Israeli border, on the fifth consecutive Friday of the â€˜Great March of Returnâ€™ protest. Palestinian demonstrators threw stones at the Israeli forces, while Israel soldiers fired back tear gas, sponge-tipped bullets, and live ammunition, injuring a number of protesters. Palestinians also burned tires to create black smoke and hide from the fire of a high number of Israeli snipers deployed at the Israeli side of the border. Hamasâ€™s leader Yahya Sinwar joined the protest. Palestinian have been holding the â€œGreat March of Returnâ€ protests to demand the right of the Palestinian refugees to go back to their ancestral lands in what is now Israel, and their right to a dignified life in Gaza through the lifting of the Israeli blockade on the Palestinian enclave (Credit Image: © Ahmad Hasaballah/IMAGESLIVE via ZUMA Wire) 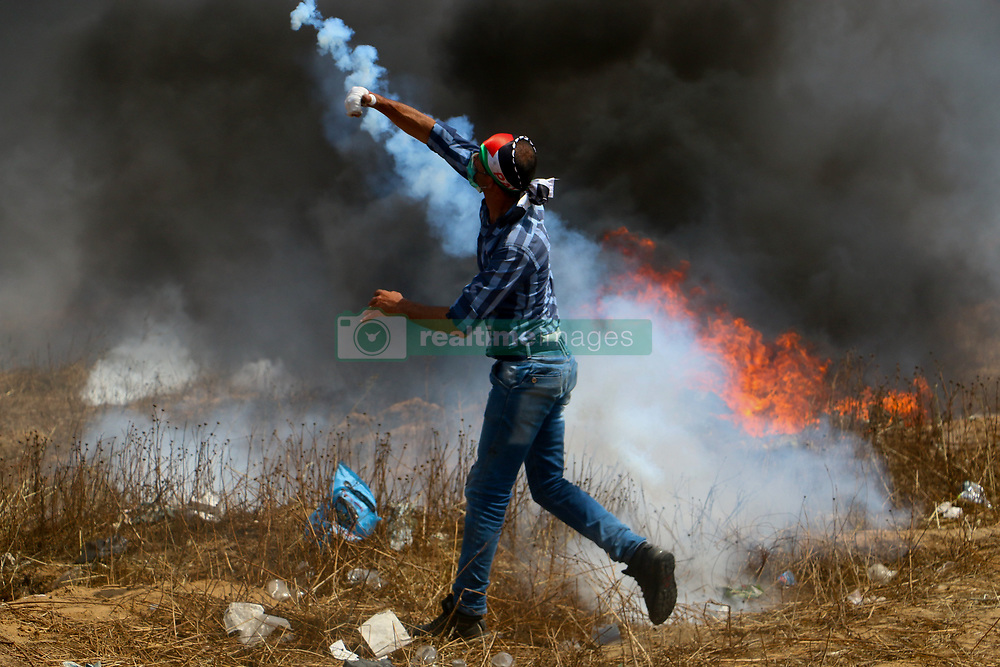