SOUTH AFRICA - Cape Town - 20 July 2020 - In an attempt to prevent land invasion that has been happening in the City of Cape Town,Law Enforcement and South African Police Service officers have demolished shack that were erected on an open field near Mfuleni.The land invaders blocked several roads like Old Foure,Mew Way,Landsdown road and Spine in retaliation after their structures were dismentled and taken away.A van belonging to the City of Cape Town was torched and other one stoned. Picture: Phando Jikelo/African News Agency(ANA) 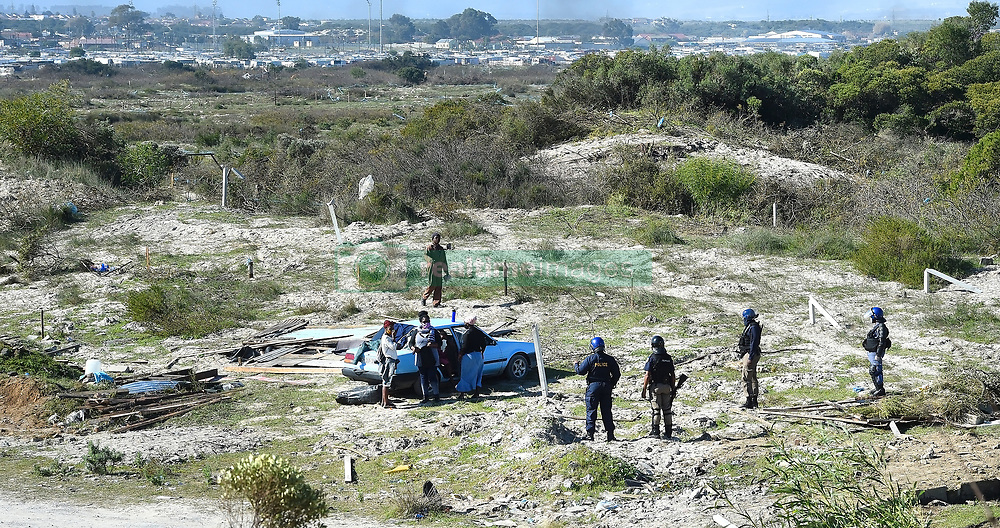