April 13, 2018 - Dhaka, Bangladesh - Islamic parties shout for justice. Hundreds of children have been killed in an Afghan air attack on a gathering at a religious school in the Northern Province of Kunduz, at April 13, 2018. One of the nonpolitical biggest Islamic party of Bangladesh Hefazot Ã¢â¬â E Ã¢â¬â Islam Bangladesh shouts for justice of killing of the children who were hafez. Moreover they demand to the Bangladeshi government to pass a Condemnation bill against America in the parliament. (Credit Image: © Khandaker Azizur Rahman Sumon/NurPhoto via ZUMA Press) 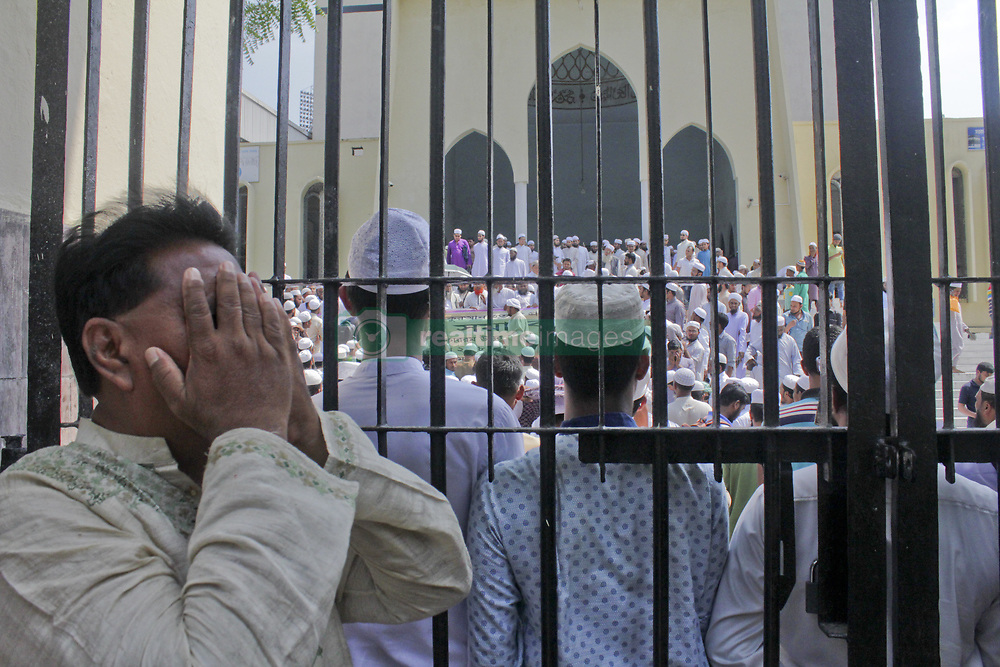