August 8, 2017 - Chicago, Illinois, USA - On August 8, 2017, the iconic sculpture designed by Pablo Picasso was rededicated 50 years after its unveiling. Leaders of the Chicago arts and culture community presented and entertained the large gathering at the Chicago Civic Center where this sculpture resides. This was Picasso's first large scale sculpture created for a city in the U.S. He gave it as a gift to the City which he had never visited. There is controversy over what is the subject of the sculpture, Some say an Afghan dog. Others say the profile of a woman. At first, Chicagoans didn't know what to make of this steel art piece which was made out of steel like the Civic Center highrise office building. Eventually, the City embraced the sculpture as a symbol of Chicago. ..Pictured: The media gathers to document this rededication event. (Credit Image: © Karen I. Hirsch via ZUMA Wire) 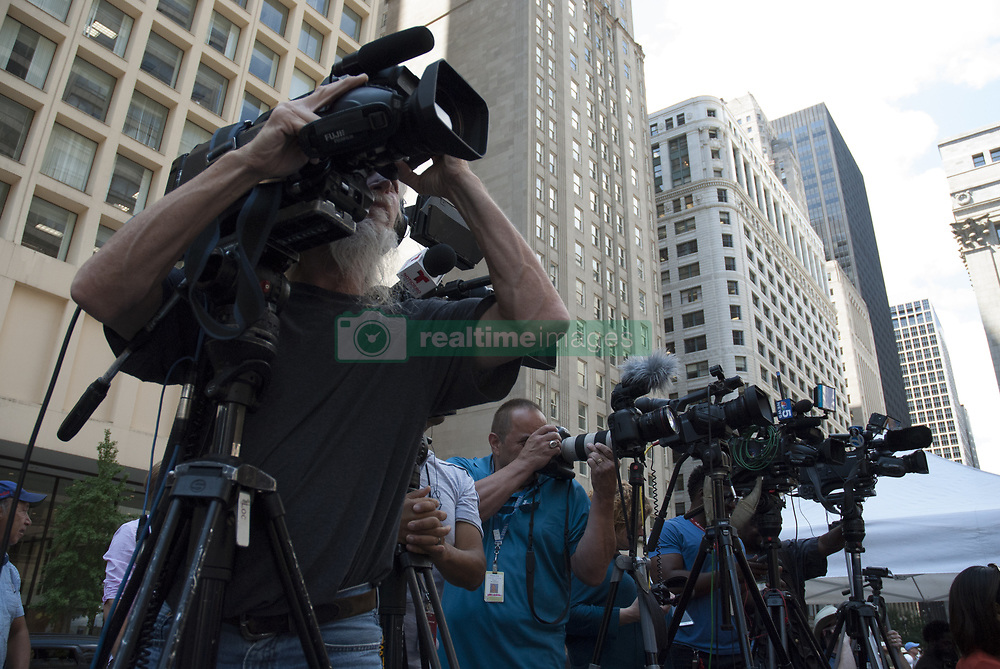