December 10, 2016 - London, London, United Kingdom - Image ¬©Licensed to i-Images Picture Agency. 10/12/2016. London, United Kingdom. Doctors Against Diesel campaign launch. Nurse Alice Munro, with other campaigners from Doctors Against Diesel, gather on Euston Road, London, calling for Sadiq Khan, Mayor of London, to commit to phase out diesel vehicles from London, and for the public to respond to a TFL public consultation in support of the phasing out of diesel in London. Doctors Against Diesel is an emerging group of medical professionals who are drawing attention to the link between the use of diesel fuels, air pollution and a public health emergency. Picture by David Mirzoeff / i-Images (Credit Image: © David Mirzoeff/i-Images via ZUMA Wire) 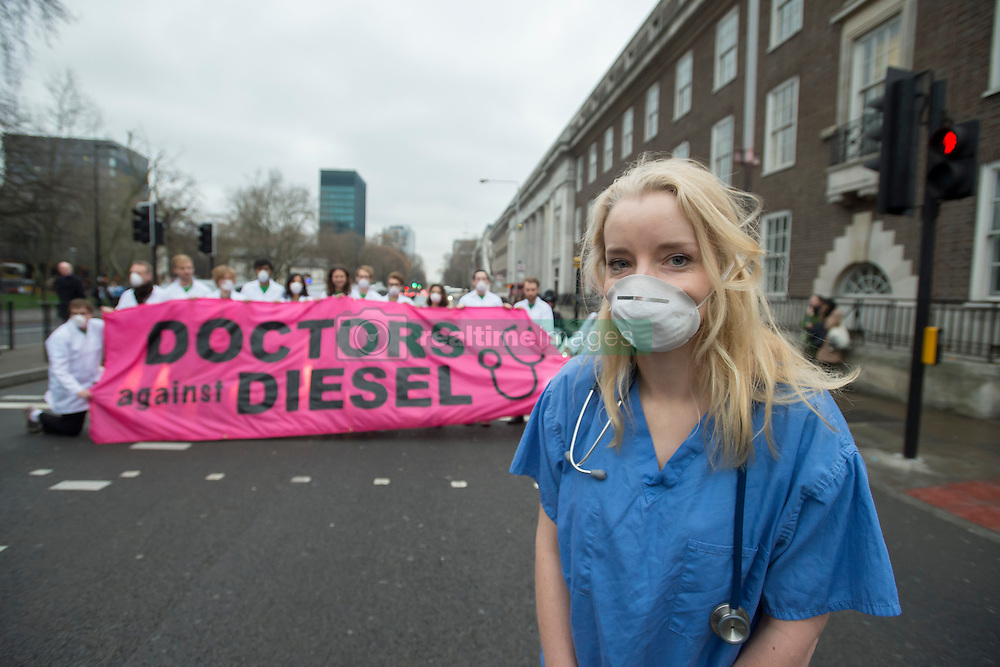