July 24, 2017 - July 24, 2017 (MÃ¡laga) Queen Letizia repeats a dress by Nina Ricci in red, her favorite color. The queen has opted for a draped design that already showed in a meeting with Michelle Obama in June 2016 in La Zarzuela. To bet on his favorite color, red passion, in addition, a wink also for the Instituto Cervantes to be his corporate tone. For his visit this morning to Malaga where the monarch has inaugurated the meeting of the directors of the institution in the Russian Museum in the old Tabacalera (Credit Image: © Fotos Lorenzo Carnero via ZUMA Wire) 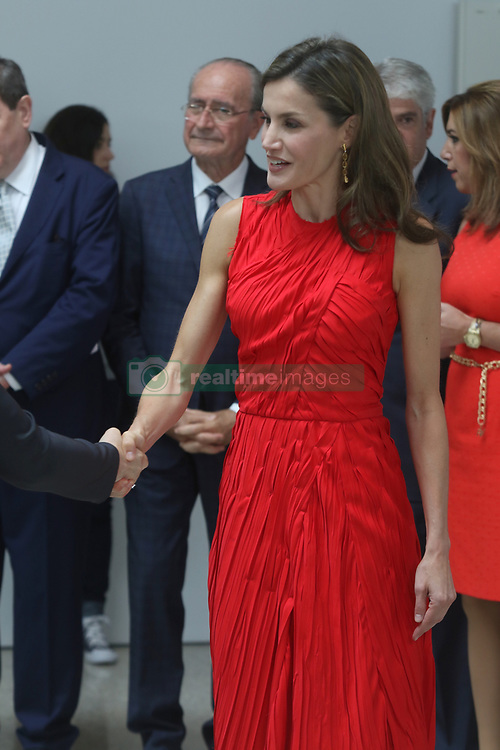