May 20, 2017 - Toulouse, France - A banner reading 'GMO: Citizens against agrobusiness' on a stand before the beginning of the march against Monsanto. People march in Toulouse for the International March against Monsanto as elsewhere in Europe or in North America. They don't want genetically modified food nor that cattle are fed with GMOs. They also denounce the use of pesticides that pose a danger for health. Toulouse. France. May 20th 2017. (Credit Image: © Alain Pitton/NurPhoto via ZUMA Press) 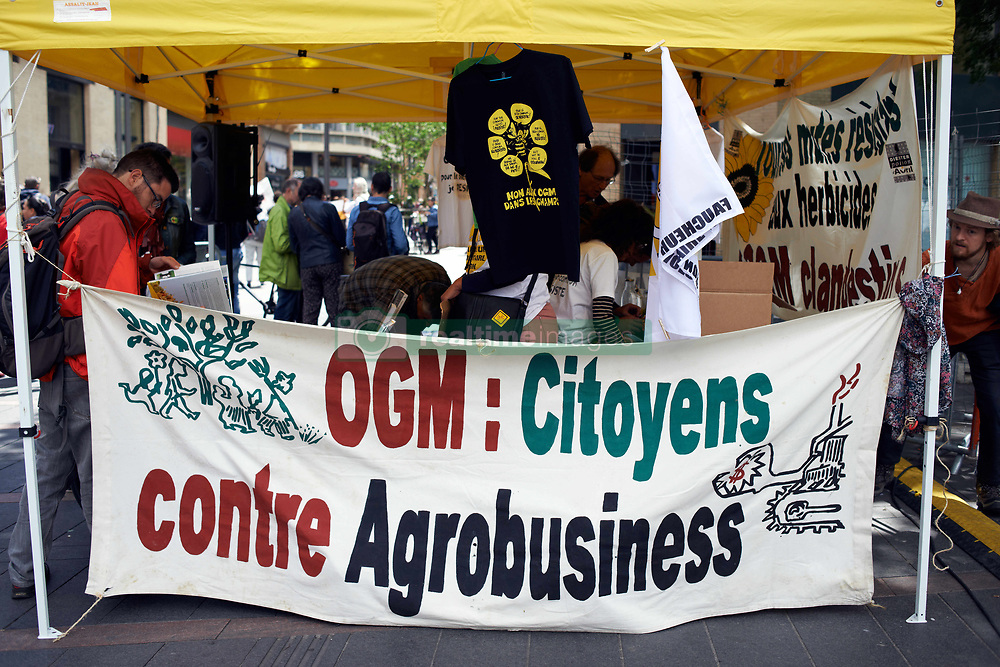