April 30, 2019 - Toronto, Ontario, Canada - Man protests against Canadian Prime Minister Justin Trudeau, Ontario Premier Doug Ford, Toronto Mayor John Tory and the Canadian Broadcasting Corporation (CBC) at Queen's Park in Toronto, Ontario, Canada on 30 April 2019. The man accuses them of not being tough on Jihad and being sympathetic to members of the Canadian Muslim community. Over the past few years the number of far-right groups have increased in Canada as have incidents of racism and hate across the country. (Credit Image: © Creative Touch Imaging Ltd/NurPhoto via ZUMA Press) 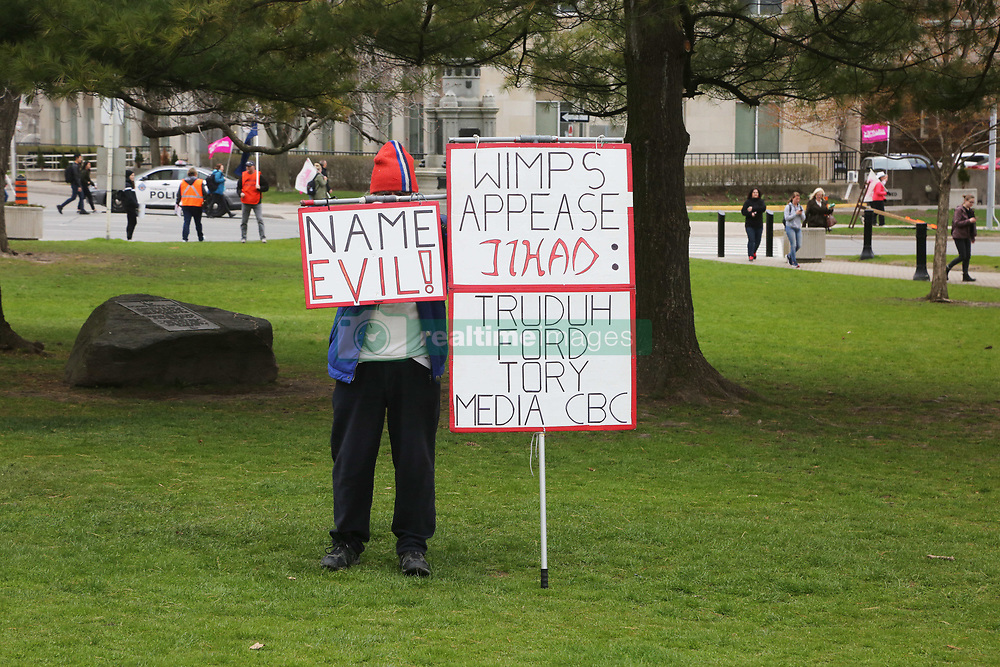