May 2, 2018 - Rome, Italy, Italy - The president of the Capitoline Assembly, Marcello De Vito,(C) receives in Campidoglio, in the Giulio Cesare Hall, a delegation of AS Roma and Liverpool FC supporters including Gareth Roberts,(L) director of the Reds information magazine 'The Anfield Wrap', with Angelo Consoli (R) AS ROMA supporters to renew the spirit of sporting friendship between the fans of the two teams and solidarity with Liverpool supporter Sean Cox, 53, who remains in a critical condition after clashes between fans near Anfield football stadium, after UEFA Champions League semi-final first leg match between AS Roma and Liverpool in Rome, Italy, on May 2, 2018 in Rome, (Credit Image: © Andrea Ronchini/NurPhoto via ZUMA Press) 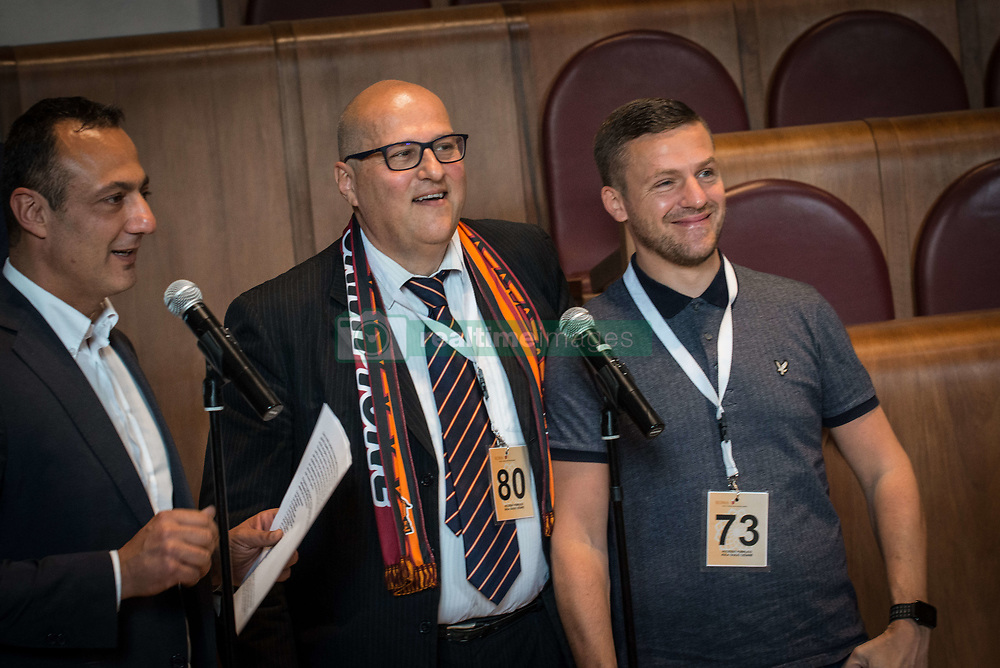