May 6, 2017 - Warsaw, Poland - On May 06 2017, which is celebrated as Europe Day in the European Union, the Civic Platform party (PO), the main opposition party in Poland's parliament, organized a march in Warsaw, Poland in defense of the holiday and the EU. The protest was held under the slogan and hashtag; #MarszWolno?ci, the Freedom March. Organizers called on protesters to join and demonstrate in defense of European values and against the current right wing government's actions, which the opposition feels is both unconstitutional and against the wishes of many moderate Poles. In 2016, the Civic Platform also organized a similar march under the slogan ''We are and will be in Europe'' and claimed that it was the single largest public manifestation of demonstrators since 1989, when communism fell in Poland. (Credit Image: © Anna Ferensowicz/Pacific Press via ZUMA Wire) 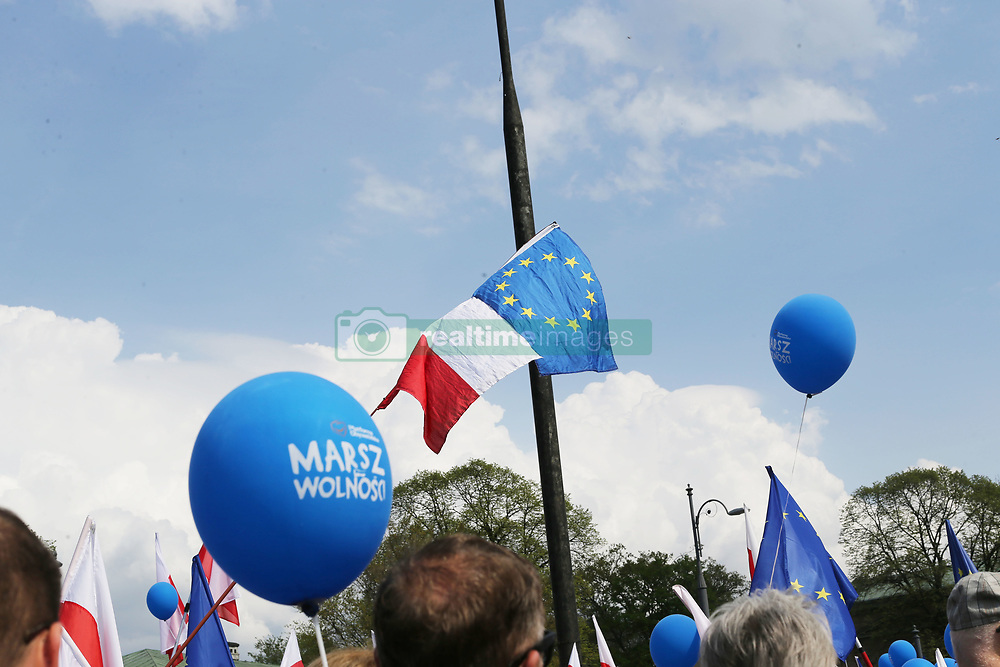