October 22, 2016 - Calais, France - New confrontation between the migrants and the French police as the it gets darker in the jungle. Calais, France on 22 October 2016. As the date of the eviction gets closer, the migrants and refugees of jungle are thinking about their options. Some have decided to to leave the camp before the start of the dismantling, others are willing to stay in France and therefore to follow with the plan of entering a center. (Credit Image: © Guillaume Pinon/NurPhoto via ZUMA Press) 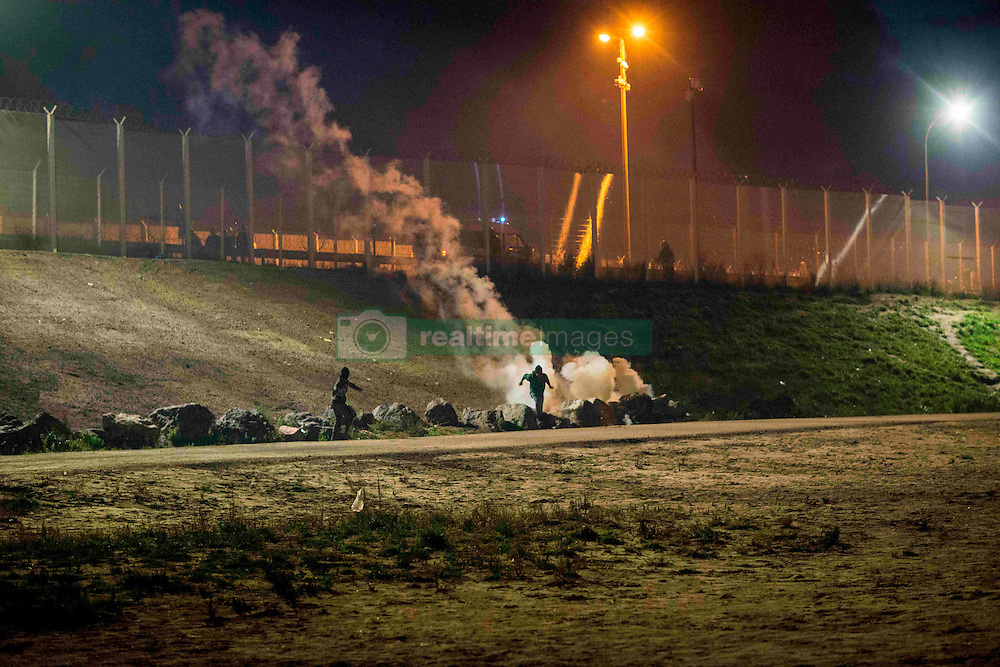