September 15, 2016 - Paris, France - A man dressed as skull protests against Labro reform law in Paris on September 15, 2016 . Parisians took out the streets this Thursday to make a new demonstration over the so controversial Labor Law reform in France. Thousands gathered at Place de la Bastille for a peaceful walk to Place de la RÃ©publique, but as is usual, an anarchist group clashed in a confrontation with police that lasted all the way. (Credit Image: © David Cordova/NurPhoto via ZUMA Press) 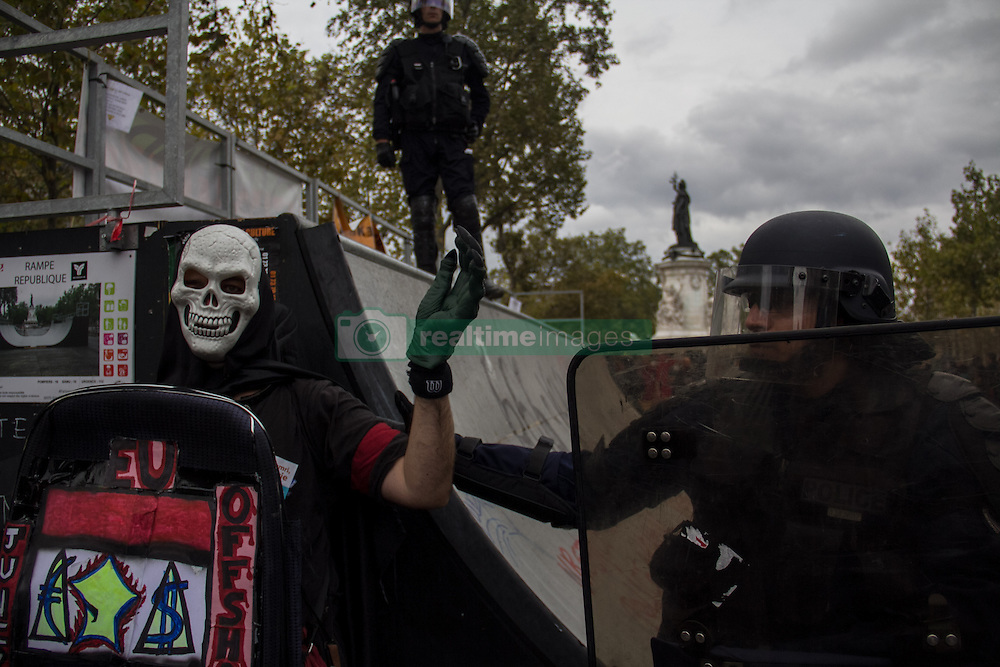