May 27, 2019 - Barcelona, Catalonia, Spain - Several backpacks of the company of Glovo are seen burning during the protest..Second day of protest of food on demand couriers service workers of the company Glovo, a Spanish start-up founded in Barcelona in 2015 operating in 24 countries. Glovo's freelance workers burned their backpacks for the second time in protest against the poor working conditions after a traffic accident death of a delivery partner who was hit on his bike by a municipal cleaning services truck. (Credit Image: © Paco Freire/SOPA Images via ZUMA Wire) 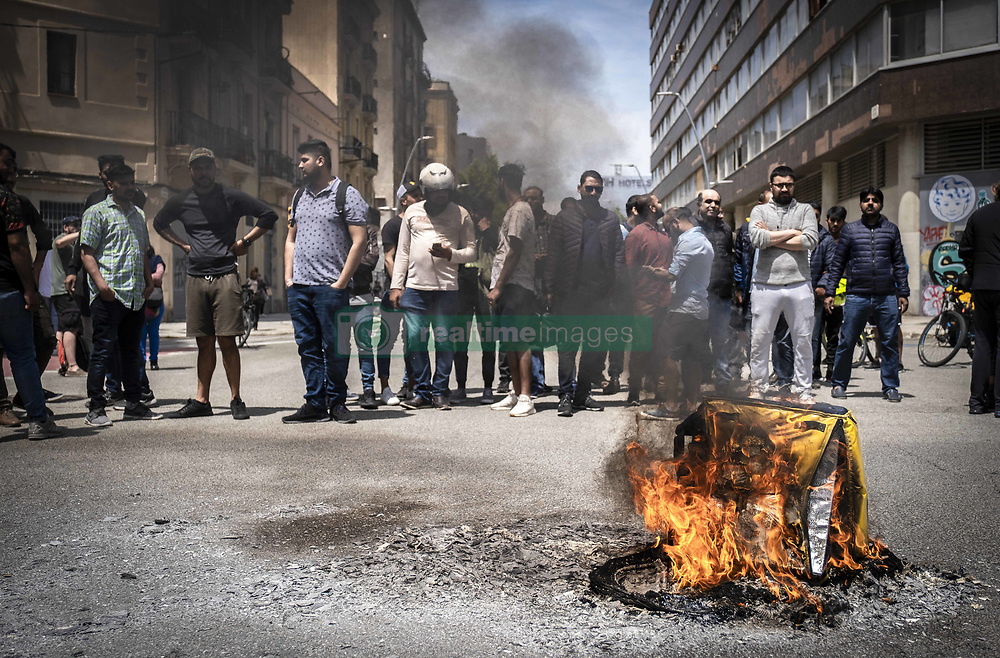