August 8, 2017 - Krakow, Poland - A view of two Polish Passports. The Ministry of Foreign Affairs of Ukraine has considered as an 'unfriendly step' to place inside the new Polish passport a graphic design with the motif of the Lviv Eaglets' Cemetery. The Polish Ambassador in Kiev, Jan Pieklo, received a diplomatic note on the matter...'We wanted to pay tribute to all those who poured blood for the freedom of Poland, all those who contributed to the fact that Poland after 123 years of slavery went to independence' - said Mariusz Blaszczak from the Polish Ministry of Interior and Administration, on 28 July, 2017 at the launch of the 'Design with us Polish Passport 2018' campaign. On Tuesday, August 9, 2017, in Krakow, Poland. (Credit Image: © Artur Widak/NurPhoto via ZUMA Press) 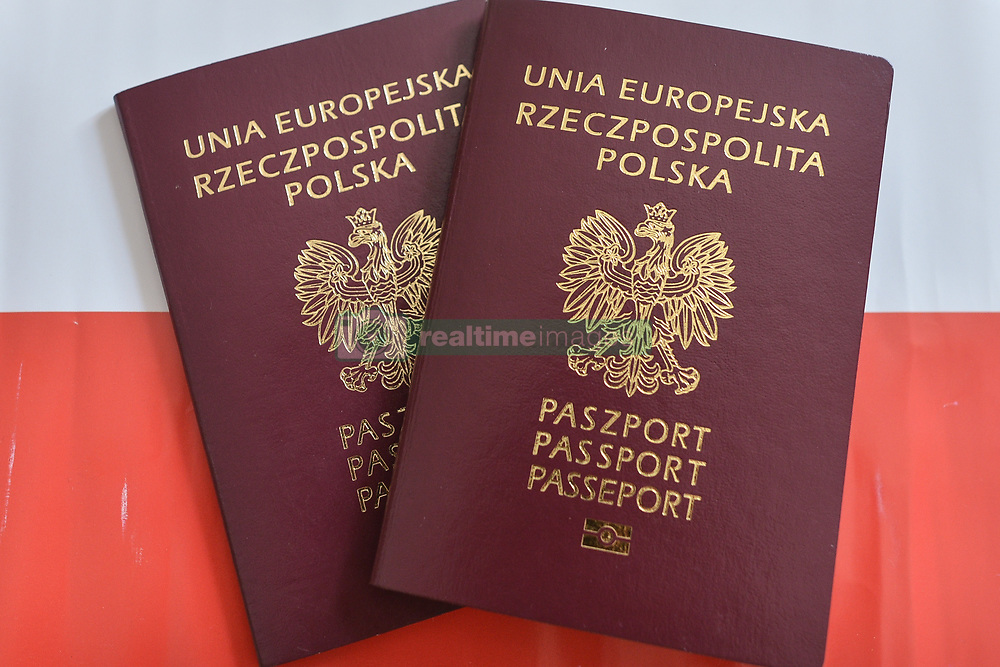