November 3, 2018 - Fuerstenfeldbruck, Bavaria, Germany - The vest of the A.S. security company in Unterfohring that handles the premises and is accused of violence and harassment of the residents100 . Furthermore, an employee of this company attempted to confiscate the cameras and memory cards of a press photographer outside of the facility, despite no authority to do so. Migrants at the Fuerstenfeldbruck housing facility near Munich held a rally protesting alleging abuse by security staff and stays lasting two years or more instead of the maximum of six months. The Fuerstenfeldbruck camp has been a flash point for conflicts for several years, with the predominantly African residents being involved in numerous altercations with security and staff. Sources state that the migrants housed there have a low perspective to stay or pending deportation orders and such a situation, along with extended stays, leads to conflict. The group Refugee Struggle for Freedom recently released a partial video alleging an attack by several security workers against a resident. Upon return to the camp, an unrelated fight broke out requiring police and medical assistance. It was at this point that a member of the security team approached a member of the press and aggressively demanded an end to photographing and also attempted to confiscate the cameras and memory cards. The guard gave up the attempts when the photographer indicated that only the police can give such orders, which they did not. (Credit Image: © Sachelle Babbar/ZUMA Wire) 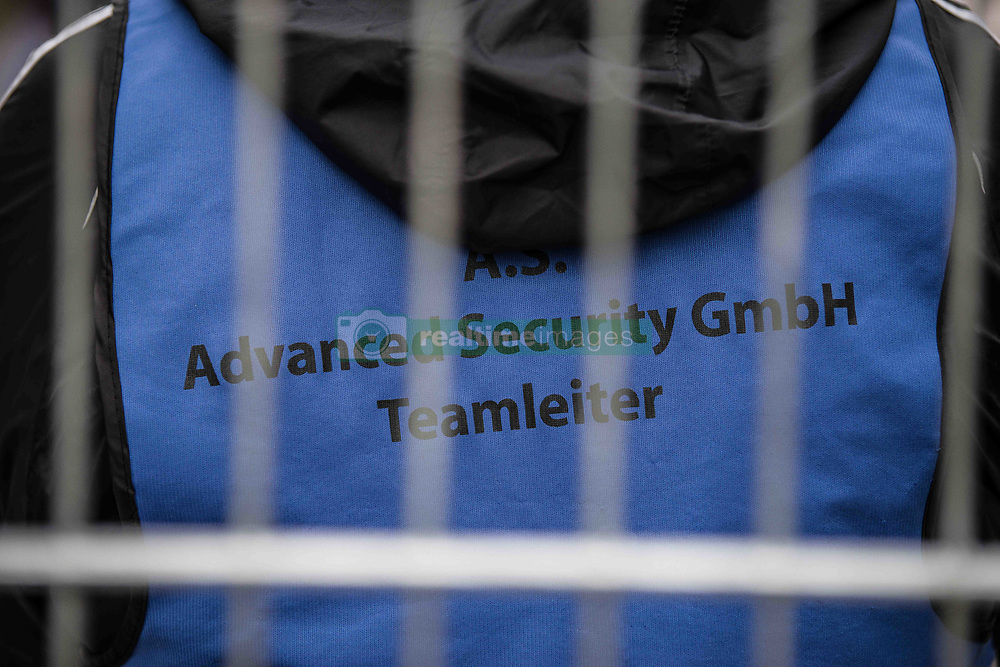