May 24, 2017 - San Diego, CA, USA - Hundreds of new citizens were sworn in during a ceremony at Golden Hall in San Diego Wednesday morning. Marine Sgt. Luis Alvarez acknowledges the applause of other new citizens during the ceremony. He was born in Aguascalientes, Mexico, but raised in Yucca Valley, CA. He has served in the Marine Corps since 2012 and feels he owes a debt of gratitude. Ã’I just want to give thanks to the country that has given so much to me,Ã“ he said. (Credit Image: © John Gastaldo via ZUMA Wire) 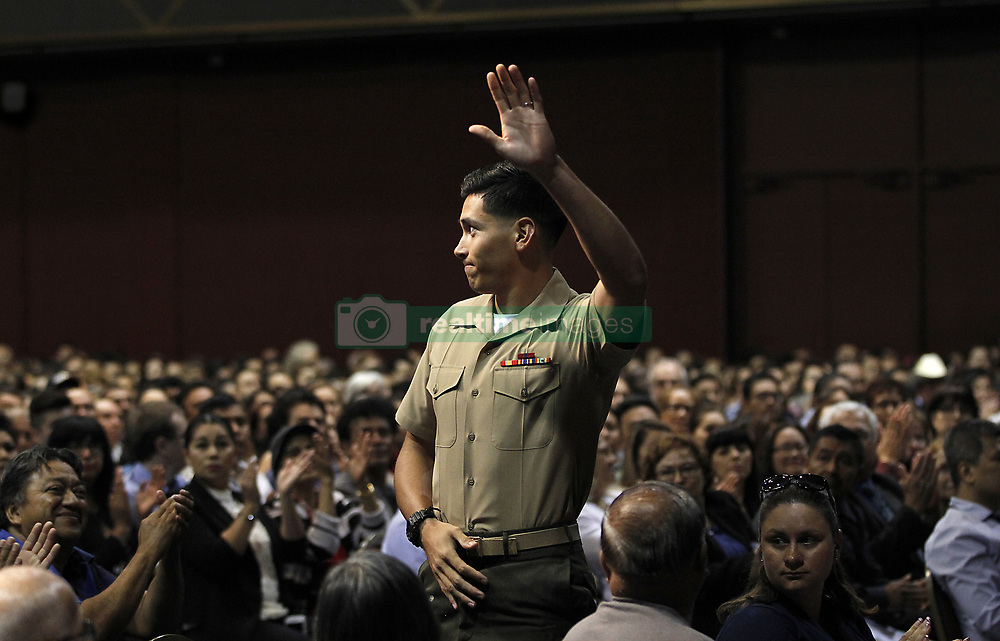