Demonstration against the presence of the Spanish Police Union in Barcelona, Spain - 10 Nov 2018

November 10, 2018 - Barcelona, Catalonia, Spain - A Mosso d'Esquadra, Catalan police, is seen blocking the way against the protesters during the demonstration..Some 500 people have gathered to protest the demonstration of pride of the Spanish police in Barcelona organized by the Spanish Police Union and which was intended to commemorate the police repression of the October 1 referendum. (Credit Image: © Paco Freire/SOPA Images via ZUMA Wire) 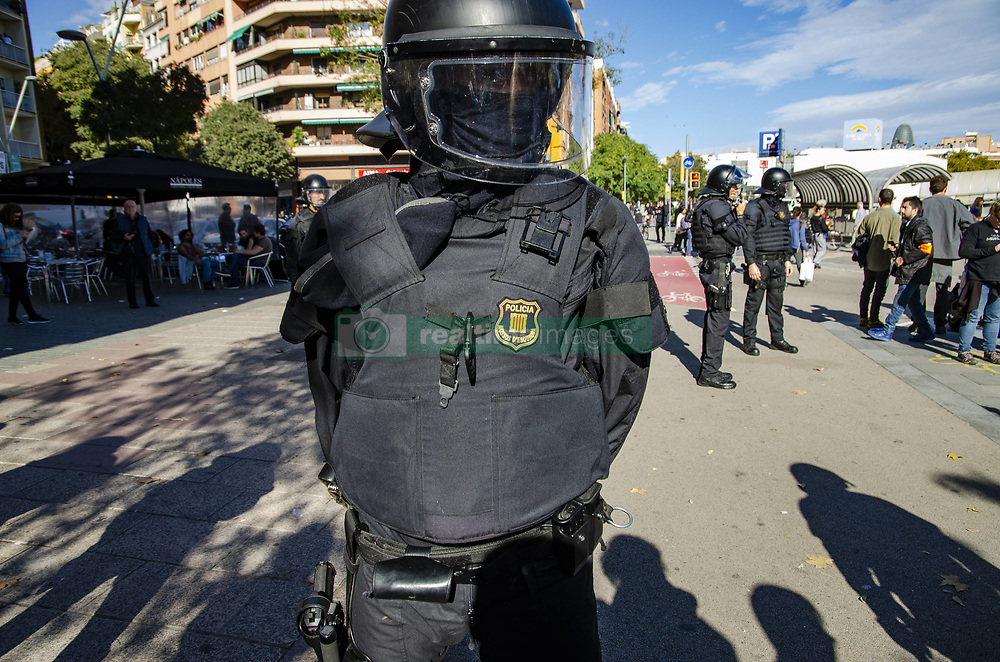