July 19, 2017 - Bangkok, Bangkok, Thailand - An artisan paints wood details and refurbishes for the Minor Royal Chariot, originally made in 1795, which will lead the King's funeral procession. Thai craftsmen at the National Museum in Bangkok are working on the royal chariots that will be used in the cremation procession of Bhumibol Adulyadej, the Late King of Thailand. The King, also known at Rama IX, was revered by the Thai people, who continue to make pilgrimages to the Grand Palace in Bangkok to pay their respects. The King died at age 88 on October 13, 2017. His funeral will be October 25 - 28, 2017 with the actual cremation at Sanam Luang, in Bangkok, on 26 October. (Credit Image: © Sean Edison via ZUMA Wire) 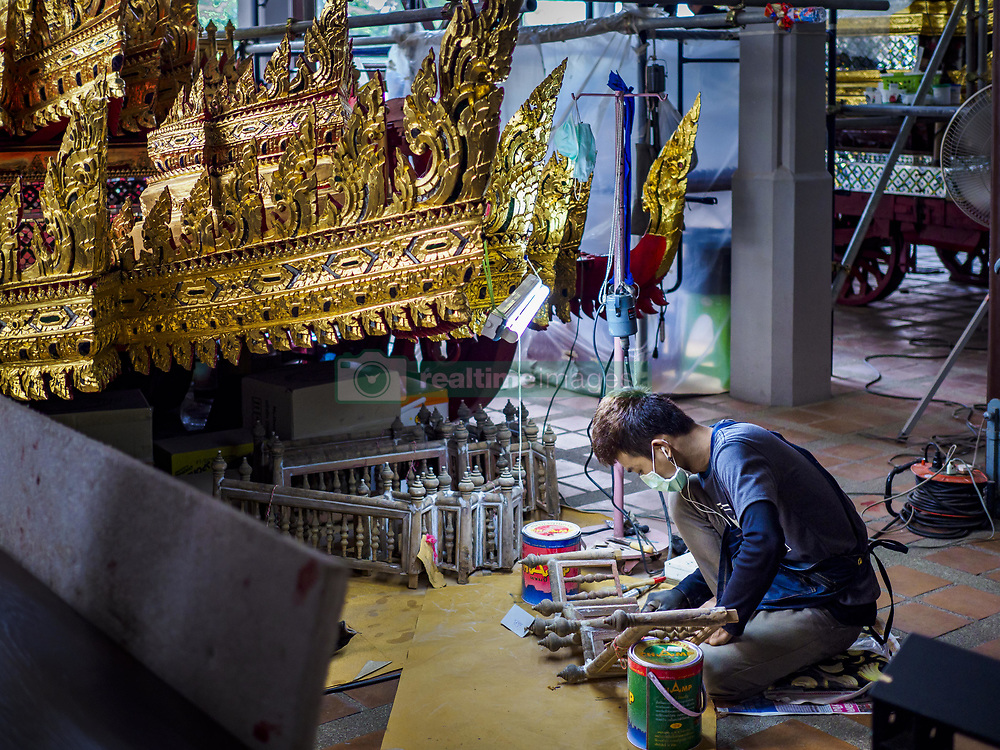