July 26, 2017 - New York, new York, United States - Led by the endowment foundation Humanities New York, a celebration of the centennial of Womenâ€™s Suffrage was organized at Federal Hall in NYC under the title of â€œBeyond the Ballot: From Suffrage to the Womenâ€™s Marchâ€. In the course of the event, a roundtable involving women from journalism, history, and community organizing discussed such themes as the Suffrage movement, the 19th Amendment, and whatâ€™s next for women. The event was moderated by Jia Tolentino of the New Yorker..Featured guests include Jessa Crispin, author of Why I Am Not a Feminist; activist Linda Sarsour, one of four co-chairs of the Womenâ€™s March; Kim Phillips-Fein, Associate Professor of American History at New York University; and Sarah Seidman, historian and curator at the Museum of the City of New York. Topics included the wage disparity between men and women and women of color. Furthermore, six months after the Womenâ€™s March issues were discussed regarded the successes and failures of the event. (Credit Image: © Sachelle Babbar via ZUMA Wire) 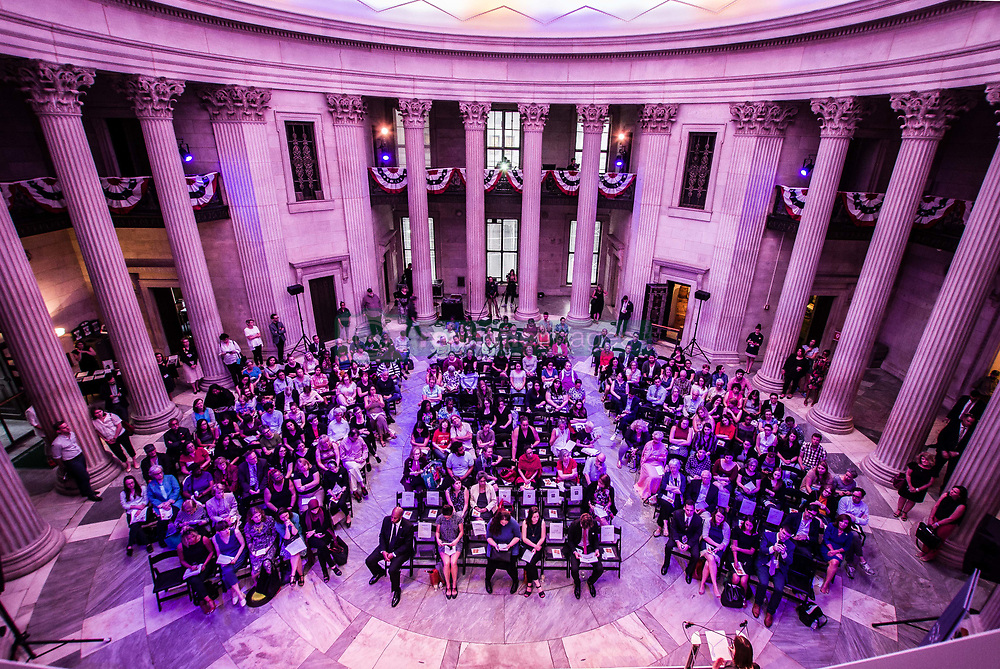