September 5, 2017 - London, UK - London, UK. 5th September 2017. The second day of protests against the world's largest arms fair held in London's docklands, 'No Faith in War' was a series of events organised by various faith groups. Before I arrived there had been a lock-in on the approach road stopping deliveries coming to set up the fair through the East gate. This was followed by a Quaker meeting at the side of the road during which a number of people stood or sat to block the road and several who refused to move were arrested. Then four protesters descended on rope ladders from a bridge over the road, dangling in mid-air, with each pair holding a banner between them and blocking the road for around an hour and a half before police managed to remove them. Others stood in a circle and held a mass on the blocked road closer to the Excel Centre. At the West gate, more protesters gathered and stood in the road in front of lorries coming in, walking slowly until police removed them - and again made several arrests. As I left the Anglican Pacifist Fellowship was singing Peace songs and later there were to be prayers from the Midlands Peace Group and Pax Christi. Peter Marshall ImagesLive (Credit Image: © Peter Marshall/ImagesLive via ZUMA Wire) 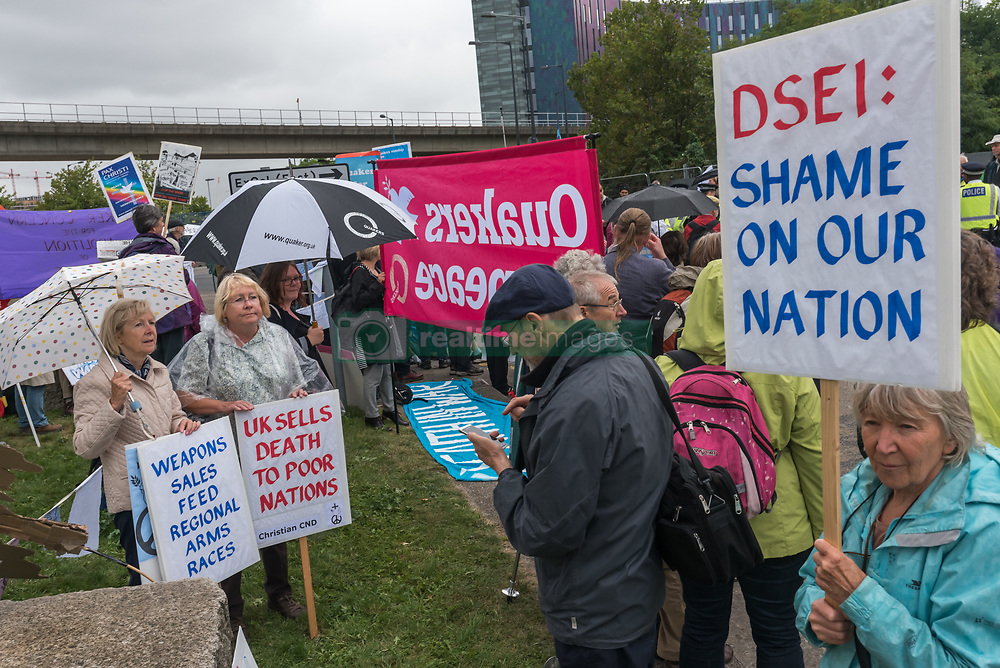