EXCLUSIVE: A mother gave birth to someone else’s babies after an IVF mix-up, a new lawsuit claims. The woman and her husband, from Queens, New York, are suing CHA Fertility Centre, in Los Angeles, after giving birth to children who didn't share their ethnicity. The clinic is run by Dr. Joshua Berger and co-owner Simon Hong. The Asian couple, who are referred to as Y.Z. and A.P. in court documents, married in 2012 and tried relentlessly--both naturally and with medical assistance--to get pregnant. After countless disappointment, the couple visited CHA Fertility Center with the hopes of becoming parents. In January 2018, Dr. Berger and Mr Hong met with the couple and walked them through months-long medicine, vitamin tests, and several procedures to yield eight embryos. In total, the couple says they spent $100,000 on the entire process. In September, the pair were excited after learning female embryos were successfully planted and they were pregnant with twins. Their joy, however, was short-lived when the ultrasound revealed they were instead having twin boys. Dr. Berger dismissed the sonogram and tried to calm their concerns by revealing when his wife was pregnant they were originally having a boy but gave birth to a girl. Y.Z. and A.P's nerves were calmed for a moment, and on March 30, 2019, A.P. delivered the children via C-section and was met with an unspeakable mix-up. The babies were indeed boys but did not share their Asian ethnicity. Even worse, the boys weren't related to one another. Y.Z and A.P. unknowingly were surrogate parents and had to give the children up to their respective parents who were also clients of CHA Fertility Center. The couple was so embarrassed and heartbroken they haven't told their family or close friends. For Y.Z and A.P, the experience has left them with "permanent emotional injuries from which they will not recover," the suit says.The amount they are suing for is also undisclosed. 07 Jul 2019 Pictured: Dr. Joshua Berger. Photo cre 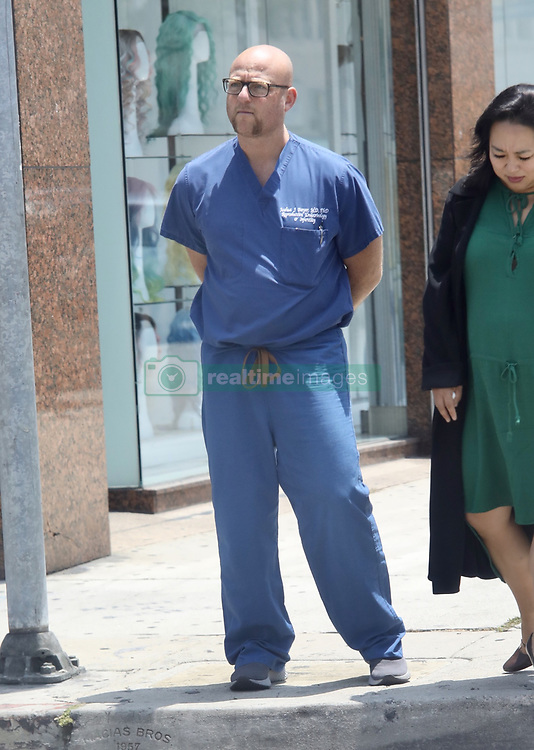