Aug 10, 1984 - Los Angeles, California, U.S. - American 3000 meter competitor MARY DECKER, right, runs on the inside of the track slightly behind British (South African) runner ZOLA BUDD in the 1984 Olympics. This was just after 1,600 meters had been run, on the turn into the front straightaway. The two were set up for a famous race, the American darling Decker trying to win an Olympic Gold medal after years of difficulties and disappointments versus the controversial Zola Budd, a barefoot-running teenager who grew up in South Africa and bent the Olympic rules to compete for Britain, because South Africa was banned from the games due to their apartheid policy. When the two tangled coming out of a corner on the track, Decker fell onto the infield, injuring her hip unable to finish the race. The crowd expressed their anger by booing Budd, who continued on to finish seventh. Budd later claimed to have thrown the race in order to avoid further booing from the crowd had she won. The incident is regarded as one of the biggest upsets in Olympics history. (Credit Image: © Bruce Chambers/ZUMA Wire/ZUMAPRESS.com) 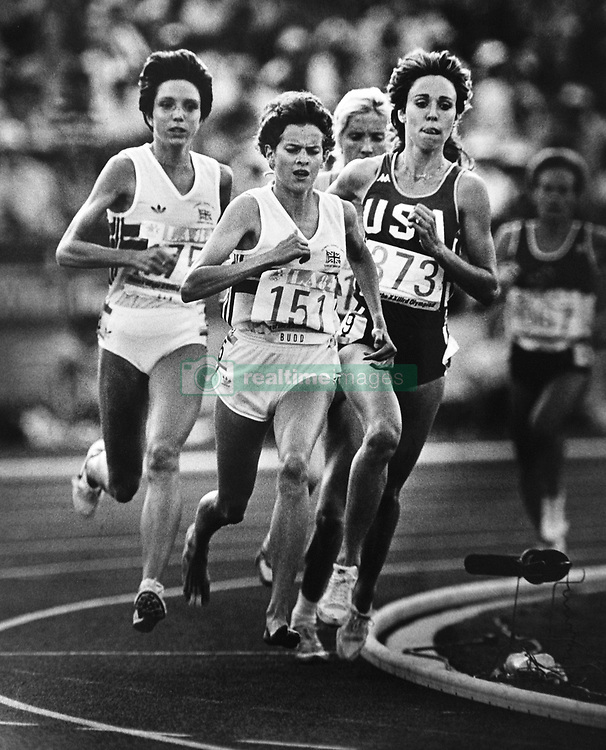