The Fall of Mosul

zReportage.com Story of the Week # 635 - The Fall of Mosul - Launched July 5, 2017 - Full multimedia experience: audio, stills, text and or video: Go to zReportage.com to see more - The United Nations estimates that tens of thousands of civilians are still trapped inside the Old City of Mosul. In the weeks leading up to the operation to retake the Old City the UN and human rights groups warned the Iraqi government against the use of 'wide-area' explosive weapons, where houses are tightly packed and the civilian population is dense. A commander from the Iraqi Rapid Response Division stated of the thousands of civilians still trapped inside the old city, many are believed to have been brought from other areas by ISIS to be used as human shields. Iraqi forces reduced their advance through the last streets in Mosul controlled by Islamic State (ISIS) where militants and civilians are jammed in tightly together into a shrinking rectangle no more than 300 by 500 meters beside the Tigris river, their last holdout in Mosul. But the resistance and fighting has been fierce. The number of Islamic State militants fighting in Mosul, by far the biggest city it has ever controlled, has dropped from thousands at the start of the U.S. backed offensive over eight months ago to just a couple of hundred, according to the Iraqi military. With Mosul gone, the group's territory in Iraq will be limited to a few areas west and south of the city where some tens of thousands of civilians live. (Credit Image: © Carol Guzy/zReportage.com via ZUMA Wire) 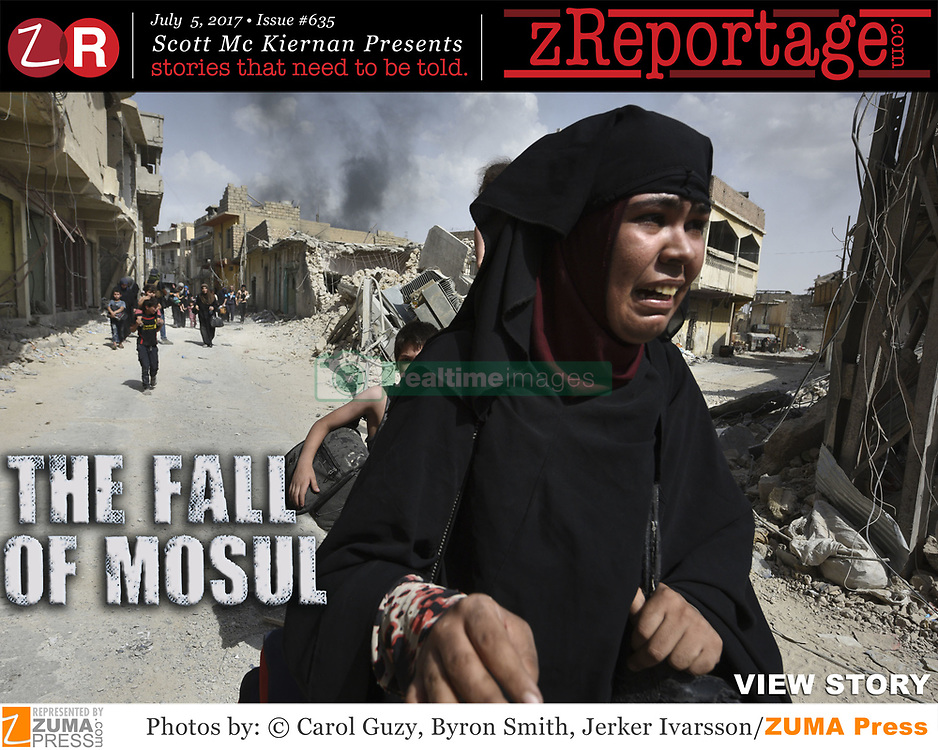