Nov 3, 2016 - Kilimanjaro, Tanzania - Swiss-American HANS REY, German GERHARD CZERNER and Scotsman DANNY MACASKILL ride down from Kilimanjaro, passing by the remains of glaciers. Professional mountain bike riders Hans Rey, Danny MacAskill and Gerhard Czerner are the first to take on Africa's two highest mountains back to back on mountain bikes. On Oct 26th Rey and Czerner summit Africa's second tallest mountain, Mount Kenya's Point Lenana (4,985m/16,355ft) with their mountain bikes. On November 3rd, only one week later, together with urban trials YouTube sensation Danny MacAskill; they also summited Mount Kilimanjaro (5,895m/19,340ft), the Roof of Africa. There have only been a handful of people who have taken their bikes to either Mount Kilimanjaro or Mount Kenya in the past, but none have achieved both, one straight after the other. Others carried their bikes for the majority both up and down the mountains, while Rey (Swiss/American), MacAskill (Scottish) and Czerner (German) rode 98% of the descent. They are world renown extreme bikers and their feats will be featured in a TV documentary, magazine stories and an upcoming film about the Mountain Bike Freeride history, titled "Nothin For Free" produced by Freeride Entertainment. The hardest part about the trip was adjusting to the high altitude. The terrain is extremely technical and challenging, several different eco-systems are being crossed on the way, from rainforests to glaciers. It took the riders 4 days to summit and traverse Mount Kenya, and 6 days to summit and descend Mount Kilimanjaro. The National Parks plan on extending their programs to permit bike riders in the future. For those that dare, there are adventures and ultimate challenges both physically and mentally awaiting them. (Credit Image: © Martin Bissig via ZUMA Wire) 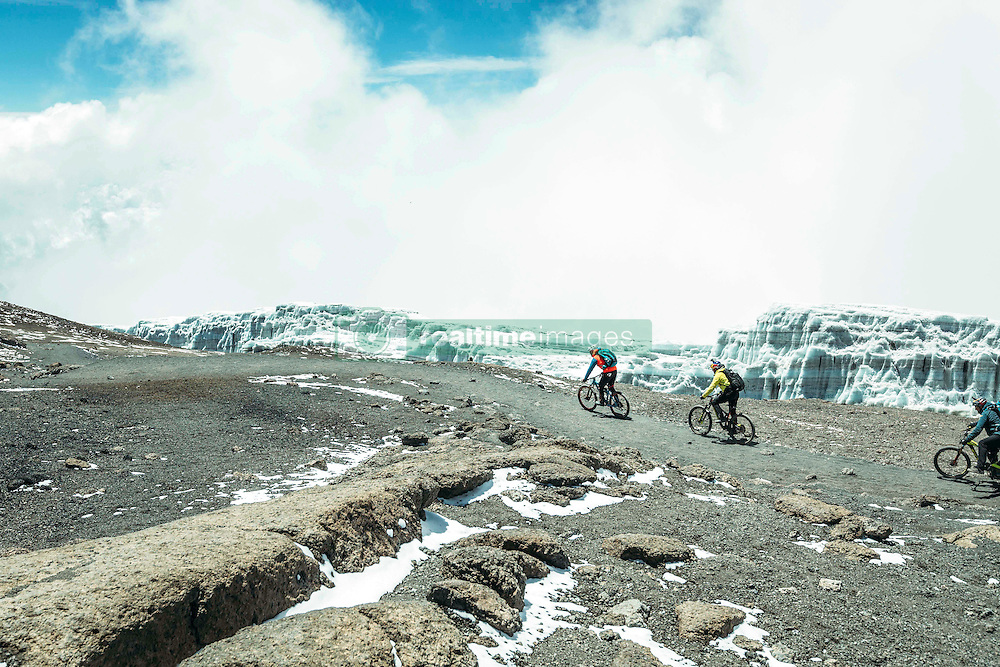