March 10, 2019 - Paris, Ile-de-France, France - Vital Concept B&b Hotels cycling team waits for the team's presentation at the start of the 138,5km 1st stage of the 77th Paris-Nice cycling race between Saint-Germain-en-Laye and Saint-Germain-en-Laye in the west suburb of Paris, France, on March 10, 2019. Whether leaders of a team or merely a team-mate, the riders on the Paris-Nice try to excel, either individually or as a team. According to the stage profiles, changes in the general standings or some unexpected circumstance during the race, each rider adapts his objectives to the situation. (Credit Image: © Michel Stoupak/NurPhoto via ZUMA Press) 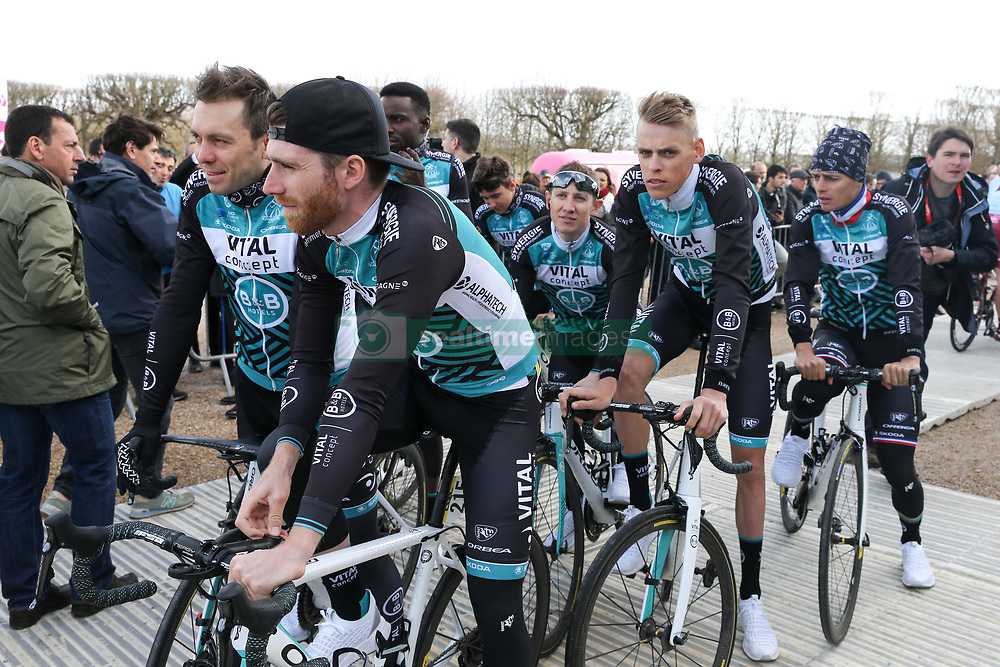