March 30, 2019 - Gaza, Palestine - Palestinian protesters during clashes with Israeli forces following a demonstration marking the first anniversary of the ''March of Return'' protests, near the border with Israel east of Gaza City on March 30, 2019. - This marks the first anniversary of the often violent weekly border demonstrations in which around 200 Palestinians and an Israeli soldier have been killed, coming just 10 days before a keenly contested general election in Israel. The border protests peaked in May 2018, when Israeli forces shot dead at least 62 Palestinians in a single day in clashes over the transfer of the US embassy to Israel to the disputed city of Jerusalem. (Credit Image: © Majdi Fathi/NurPhoto via ZUMA Press) 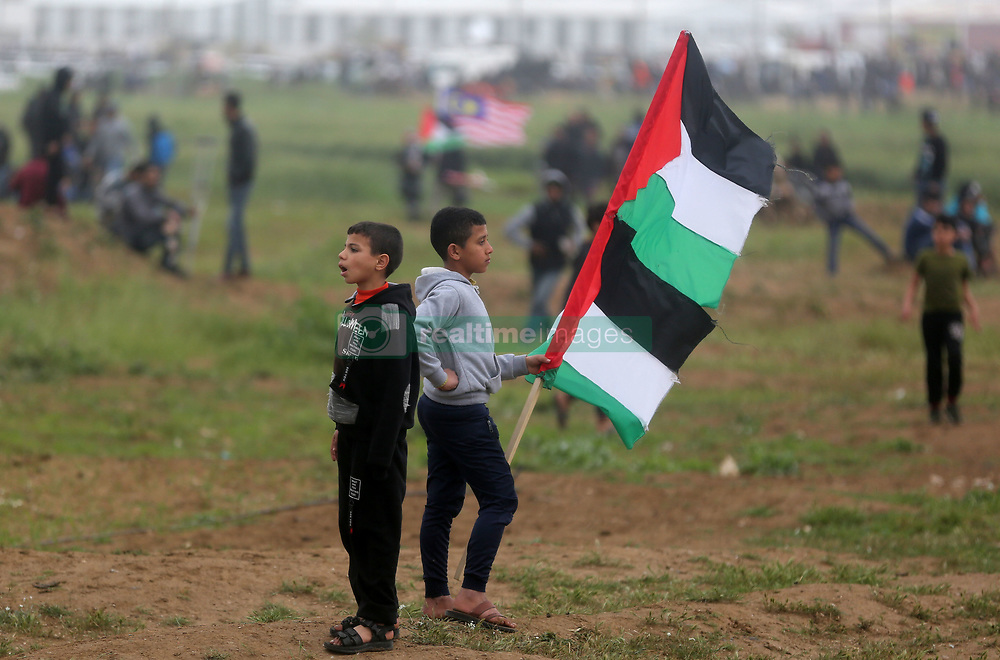