Researchers at NASA are constantly browsing new satellite data and imagery delivered by the agency's fleet of Earth-observing satellites for new data that may help answer questions about topics that are poorly understood or hotly debated within the scientific community.
While he was browsing new imagery captured by the Moderate Resolution Imaging Spectroradiometer (MODIS) on the Aqua satellite on May 9, 2016, NASA Goddard Space Flight Center atmospheric scientist Richard Kleidman found his attention immediately drawn toward the image above - a curling plume of smoke above a deck of clouds over Canada's Northwest Territories. The smoke was likely lofted up by the destructive fire that burned in Alberta near Fort McMurray, though other fires in Saskatchewan and Manitoba may have contributed as well. "That is a fascinating image," said Kleidman. "It is an excellent example of aerosol being transported above clouds - a topic currently of great interest to the aerosol research community."
Aerosols are small airborne particles found in plumes of smoke, air pollution, dust, and volcanic ash. Scientists know that aerosols can affect the climate in critical ways, but some details about precisely how they do so remain up for debate. One of the key uncertainties relates to how aerosols interact with and affect clouds. And one of the drivers of that uncertainty stems from situations when aerosols end up above clouds.
A growing body of research suggests that the climate effects of dark-colored "absorbing" aerosols, which are common in smoke, differ markedly depending on whether the particles are found above clouds or in clear skies. When skies are clear, smoke generally leads to a cooling of the Earth-atmosphere system. When they are cloudy and smoke ends up above a cloud layer, the effect reverses; the same particles that would have had a cooling effect have a warming effect. The brighter the underlying cloud layer, the greater the warming effect, explained Hongbin Yu, an atmos 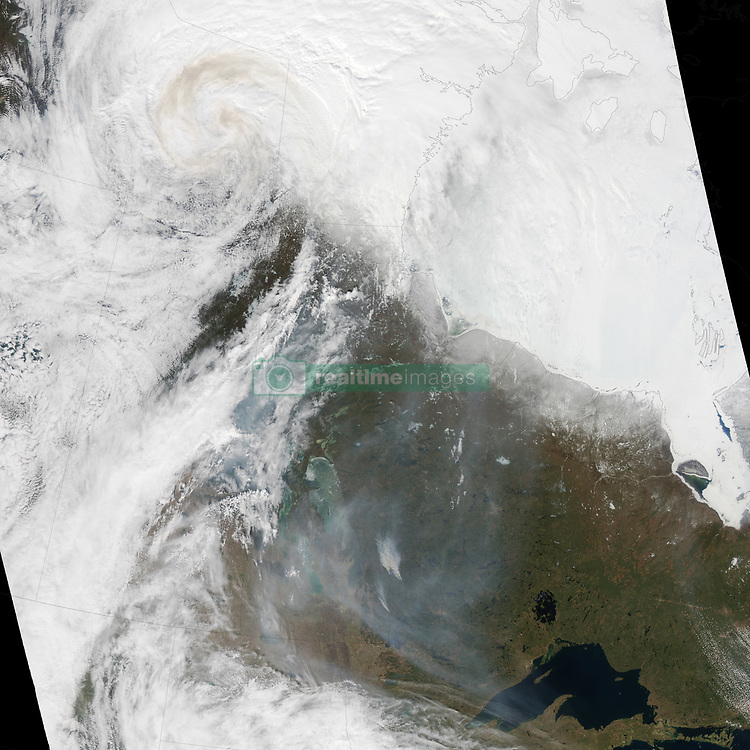