EXCLUSIVE: Groups of migrant families were reunited with their children at the McAllen, Tx detention center where they have been separated from each other for over a few weeks. The families were seen being loaded into prison like buses, which had bars over covering the windows, where they unloaded and were grouped together at the local Central Station bus station. The group then walked a few blocks, with 3 Catholic Charities volenteers and one border patrol security agent, to a local Catholic Charities Humanitarian Respite Center for processing. Everyone, adult and children were seen wearing shoes without laces and a few had clear bags containing some of their belongings. The adults could also be seen wearing GPS ankle tracking monitors and holding blue GEO, (which is a company that provides enhanced in-prision offender programs).According to an inside source, the local McAllen Detention Center is full to capacity so they are having to send those families who have been reunited with their children to detention centers in other states. You can see some of the group holding folders with their bus schedules and where their final destination will be. The families will stay in their transferred locations until they are scheduled a hearing before a judge. 30 Aug 2018 Pictured: Detention Center Families. Photo credit: MEGA TheMegaAgency.com +1 888 505 6342 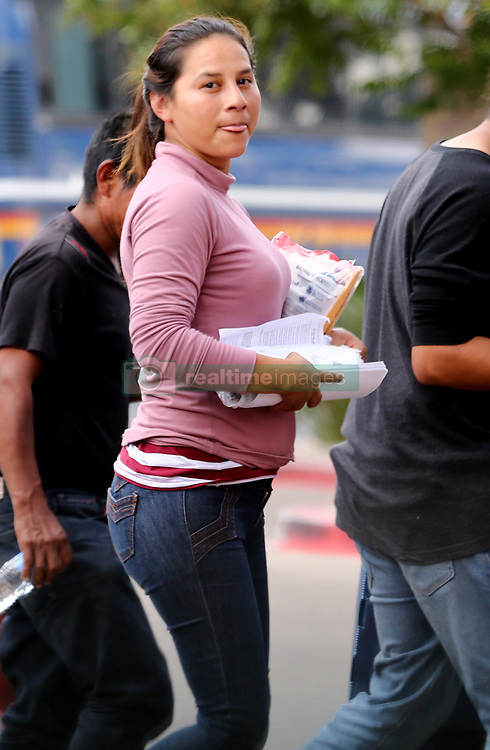