Palestinians injured in demonstrations in Gaza along the border with Israel

May 24, 2019 - Gaza City, Palestine. 24 May 2019. Palestinians demonstrate during this Friday great March of Return rally in the Malika area on the east of Gaza City, near the border with Israel. Palestinians demonstrators congregated at different sites in Gaza near the border with Israel for this Friday weekly protests and clashes broke out between them and Israeli soldiers. 16 Palestinians, including a paramedic, were injured from rubber bullets and gas inhalation used by the Israeli forces to disperse the demonstrators. Since 30 March 2018 Palestinians in Gaza have been holding at least weekly protests to call for the end of the nearly 12-year Israeli blockade on Gaza. More recently demonstrators have also expressed their rejection to the US â€œDeal of the Centuryâ€ in regard to the Palestinian cause. Hamas has also called for the boycott by Palestinians of the U.S.-sponsored economic conference that Bahrain will be hosting on June 25 (Credit Image: © Ahmad Hasaballah/IMAGESLIVE via ZUMA Wire) 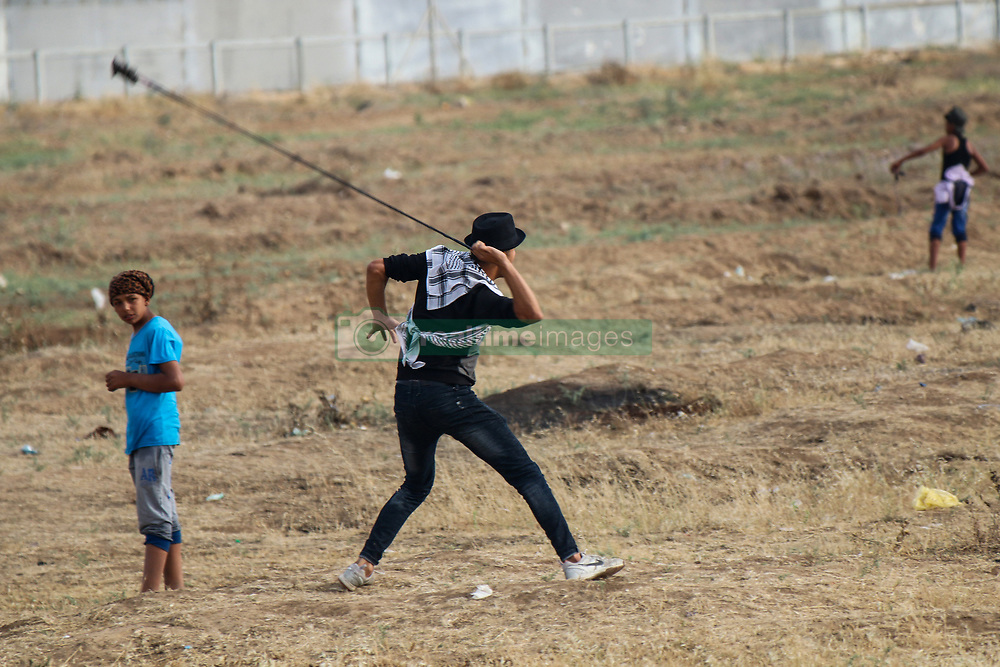