April 4, 2017 - Athens, Greece - People in Athens, Greece, on April 4, 2017. The main topics of negotiations on reforms needed from Greece to close deal with its creditors, is pensions cutting and others having to do with wages and salaries. Greek Prime Minister, Alexis Tsipras, said on April 2 that ''significant steps'' would be needed on reducing his country's debt in order for Athens to finalize a long-delayed deal with its international creditors. (Credit Image: © Kostis Ntantamis/NurPhoto via ZUMA Press) 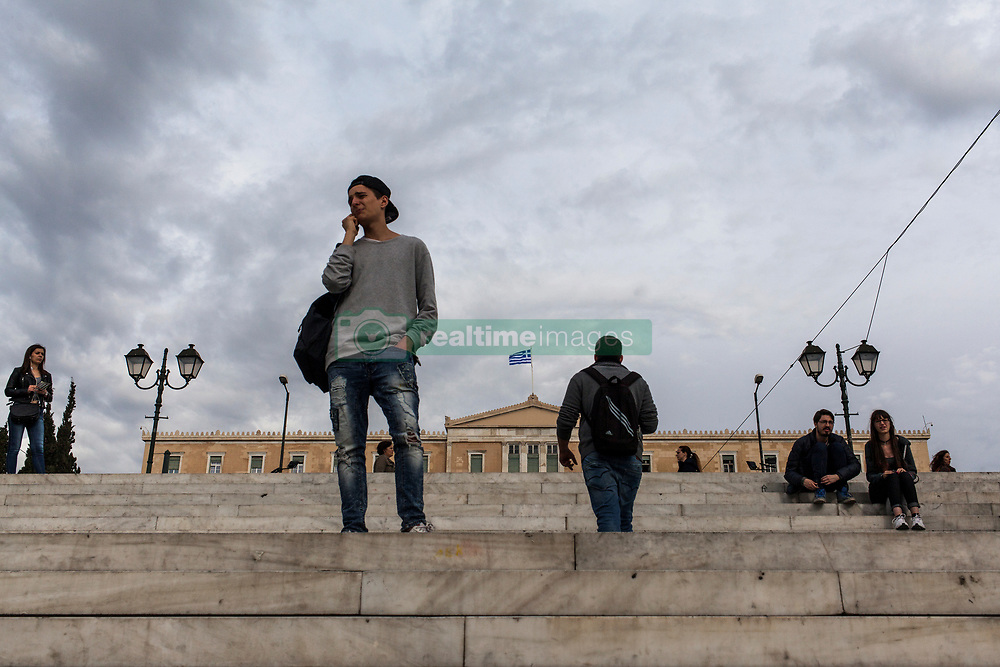