June 24, 2017 - London, United Kingdom - Several hundred attended Unite Against Fascism's protest against the EDL, some gathering on the corner of Northumberland Avenue close to the advertised WDL meeting point at Charing Cross where only a handful of the EDL turned up, with rather more meeting at the Wetherspoons on Whitehall. There were a few minor scuffles with EDL protesters on their way to the pub, but several hundred police kept the two groups apart, moving the UAF down to their assigned rally point on the Embankment before escorting the EDL to another location a couple of hundred yards away. After the EDL had been escorted back to the station, the UAF marched to join the women's rally at Downing St against Theresa May's collusion with the UDP to prop up her minority government. Peter Marshall ImagesLive (Credit Image: © Peter Marshall/ImagesLive via ZUMA Wire) 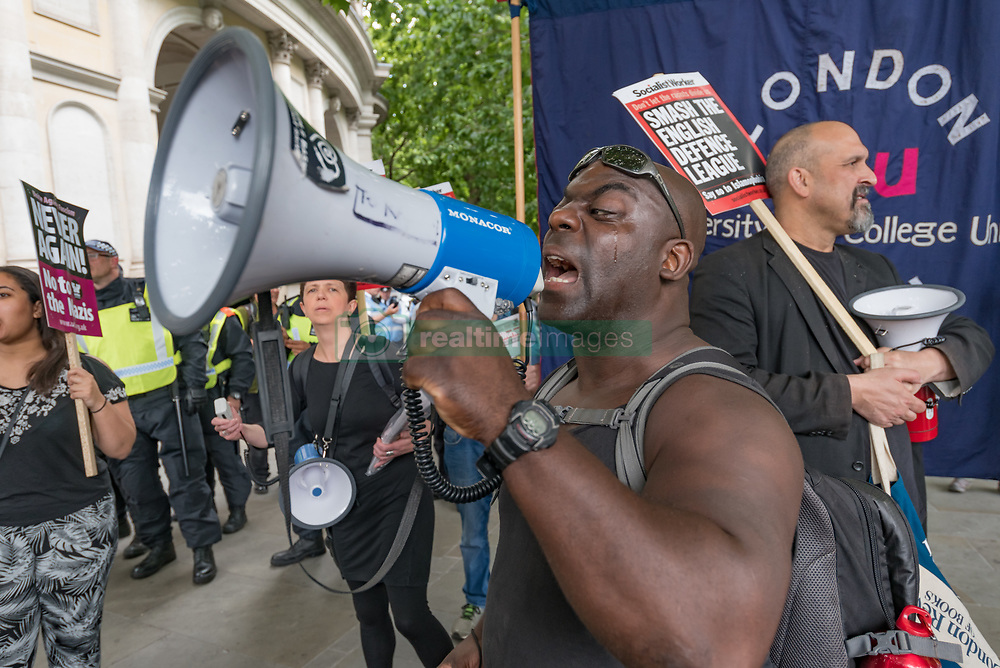