May 11, 2008 - Washington, District of Columbia, United States of America - First lady Laura Bush waves to onlookers as she walks with former first lady Barbara Bush (L) and daughter Barbara as they arrive at the White from a weekend at the Crawford, Texas ranch, 11 May 2008 in Washington, DC. United States President George W. Bush, whose daughter Jenna married Henry Hager at the ranch, described the experience as 'spectacular' and 'it's all we could have hoped for'. .Credit: Mike Theiler / Pool via CNP (Credit Image: © Mike Theiler/CNP via ZUMA Wire) 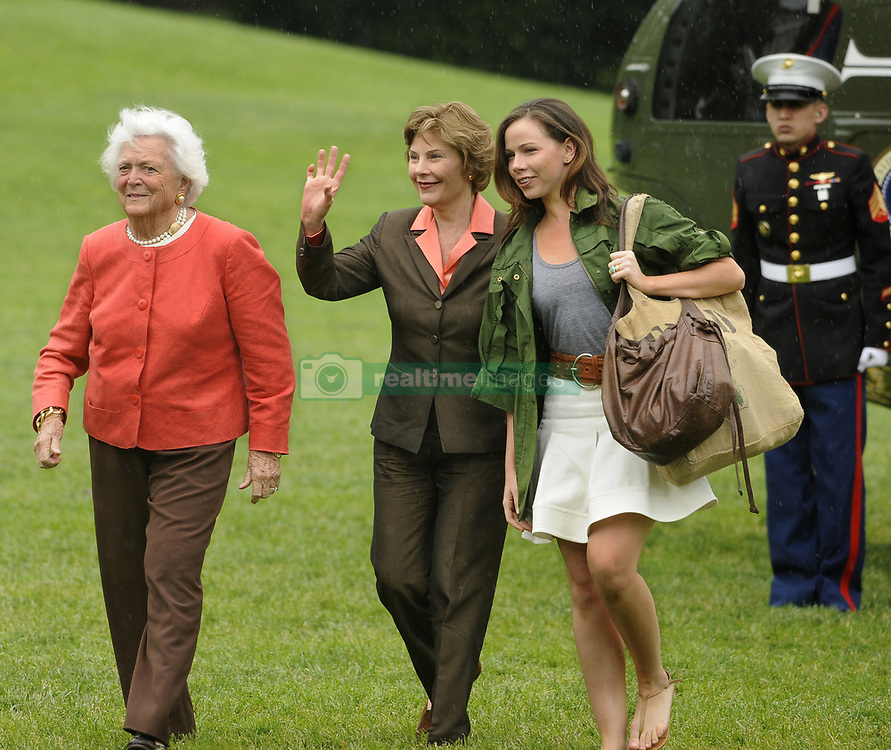