EXCLUSIVE: ** NO USA TV AND NO USA WEB **TMZ Sports has obtained video of Conor McGregor and his entourage going BERSERK at the Barclays Center ... attacking a bus leaving the arena with several UFC fighters including Khabib Nurmagomedov. An object was thrown through one of the bus windows -- and the damage left one fighter, UFC lightweight contender Michael Chiesa, cut up and bloodied. Unclear who was responsible for shattering the side window but it's clear people on the bus suspect it's Conor. A member of Conor's entourage then grabbed a chair and threw it at the front windshield of the bus. Conor grabbed a chair and tried to attack as well, but was restrained. 05 Apr 2018 Pictured: Conor McGregor. Photo credit: TMZ/MEGA TheMegaAgency.com +1 888 505 6342 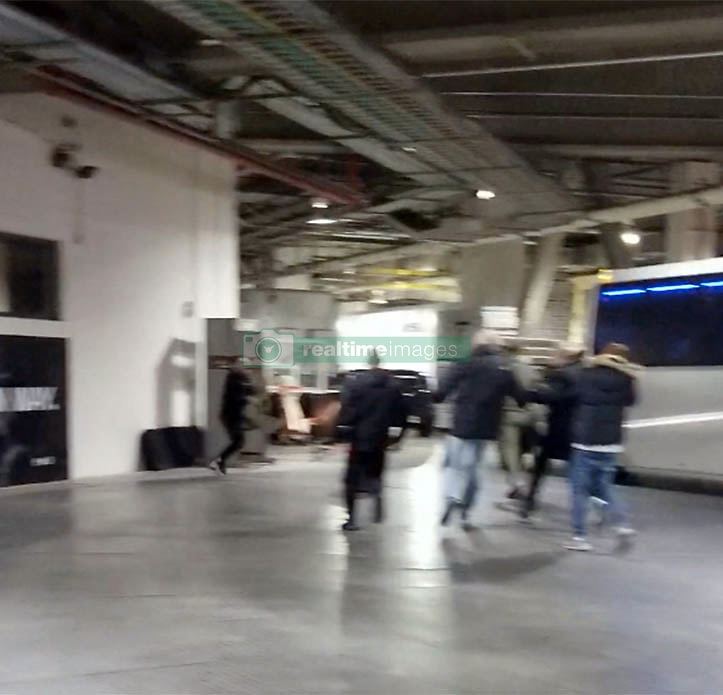