April 3, 2004 - U.S. - EMBARGOED: NOT FOR USE UNTIL SEPTEMBER 5-- KRT WORLD NEWS STORY SLUGGED: BRAZIL-SLAVERY KRT PHOTOGRAPH BY KEVIN G. HALL/KRT (August 24) Clouds hug the jungle canopy about an hour outside of Trairao in Brazil's Amazon state of Para. Deforestation has made Trairao a major source of illegal wood, some of which ends up in the United States as planks for decks and docks and exotic hardwood floors. The Amazon rainforest is disappearing at a pace of about on Vermont-sized area per year. (lde) 2004 (Credit Image: © Kevin G. Hall/TNS/ZUMAPRESS.com) 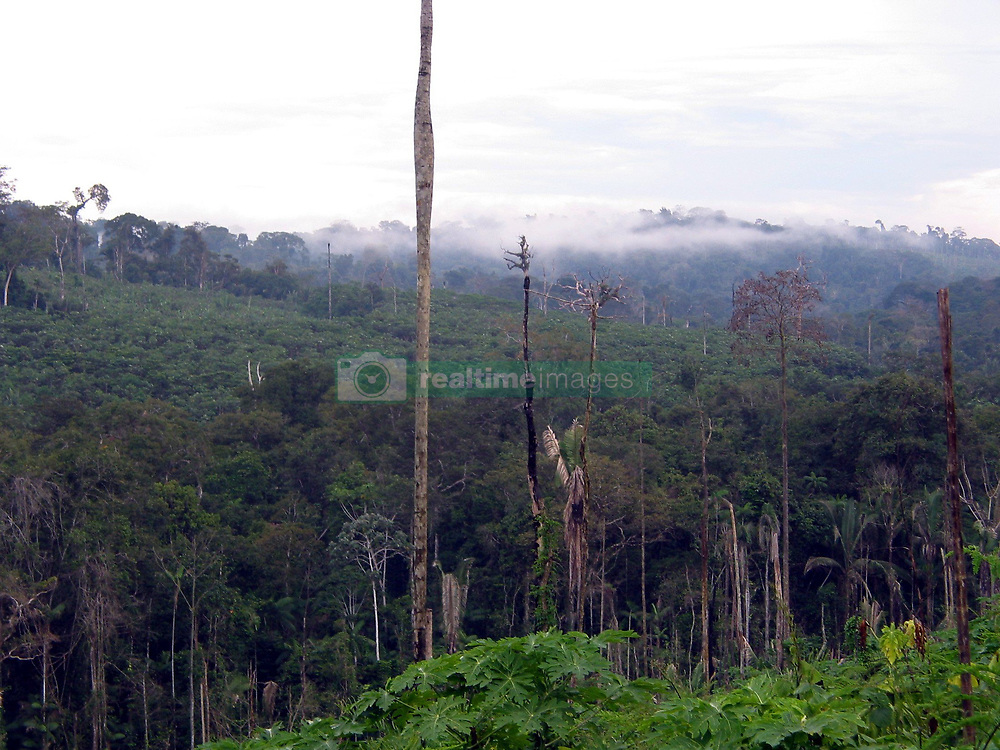