November 3, 2016 - London, United Kingdom - Image licensed to i-Images Picture Agency. 03/11/2016. London, United Kingdom. The Duchess of Cambridge arriving at A Street Cat Named Bob premiere in London. .The Duchess of Cambridge greets Bob the cat the star of the new film ''A street cat named Bob'' in aid of the charity ''Action on Addiction'' of which she is a patron. With Bob is his owner James Bowen whose story is depicted in the film. √îA Street Cat Named Bob√ï tells the true story of the unlikely friendship between a young homeless busker, James Bowen, and the stray ginger cat who changes his life. The charity ''Action on Addiction'' brings help, hope and freedom to those living with addiction and those living with people who suffer problems of addiction. It is the UK√ïs only charity working across the addiction field in treatment, professional education to honours degree level, support for families and children, research, and campaigns....Picture by i-Images / Pool (Credit Image: © i-Images via ZUMA Wire) 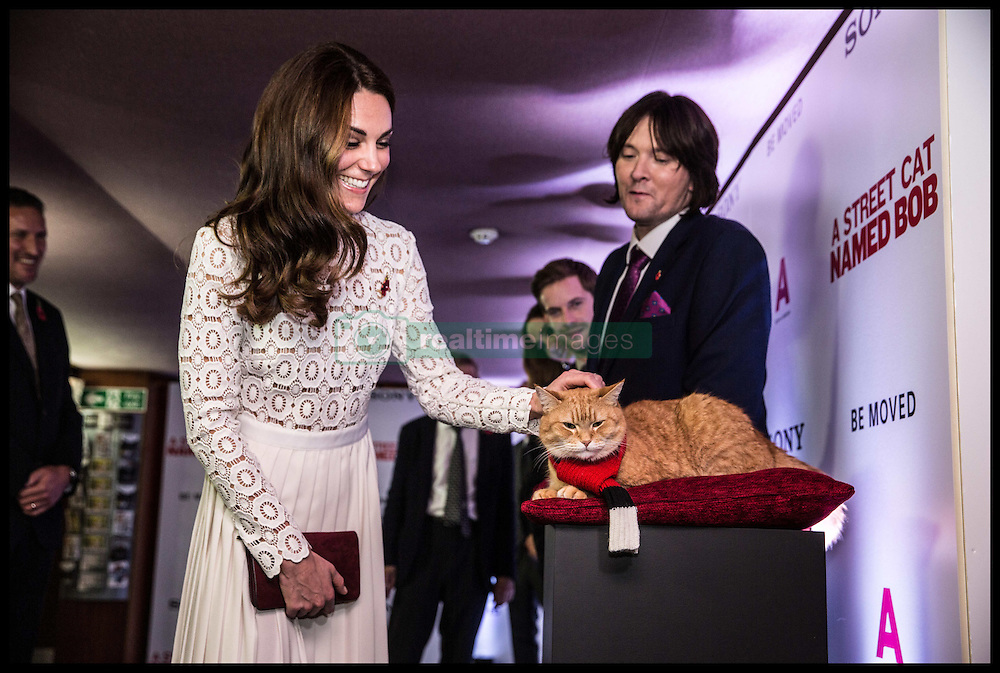