December 9, 2018 - Buenos Aires, Argentina - Fans of Boca Juniors watch a broadcast of the final against River Plate in La Boca during the second leg of the final match of Copa CONMEBOL Libertadores 2018 between River Plate and Boca Juniors on December 9, 2018 in Buenos Aires, Argentina. Due to the violent incidents of November 24th, CONMEBOL decided to reschedule the game and move it to Madrid. (Credit Image: © Federico Rotter/NurPhoto via ZUMA Press) 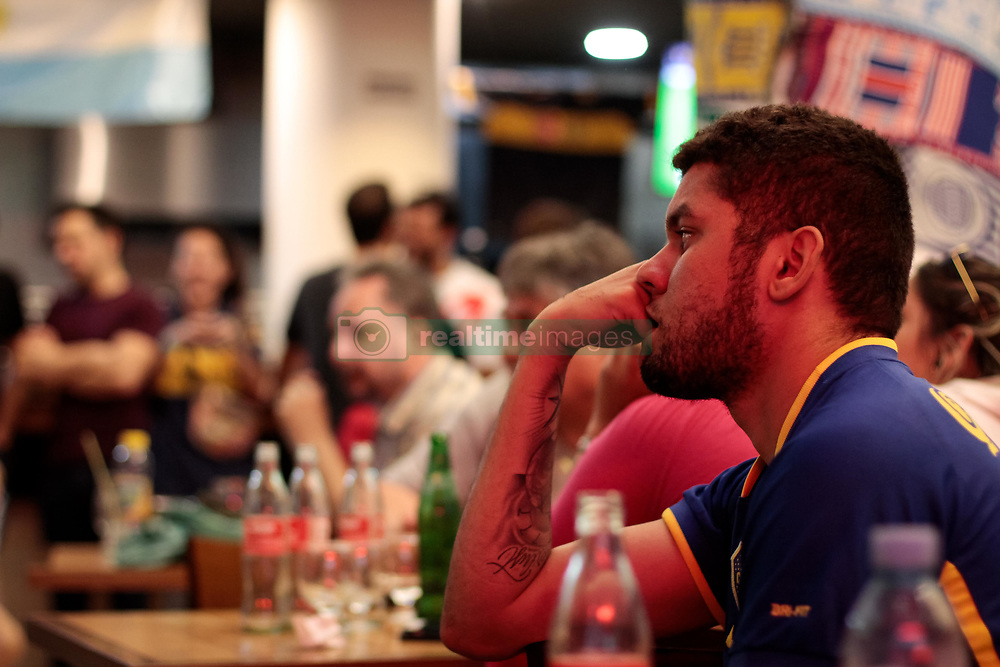