May 27, 2019 - London, UK, UK - London, UK. Nigel Farage, leader of the Brexit Party and a MEP for South East England is greeted by Ann Widdecombe elected as a MEP for South West England at the EU election results press conference in Westminster. The newly formed Brexit Party wants the UK to leave the EU without an agreement won 10 of the UK's 11 regions, gaining 28 seats, more than 32% of the vote across the country and are largest party in nine regions. (Credit Image: © Dinendra Haria/London News Pictures via ZUMA Wire) 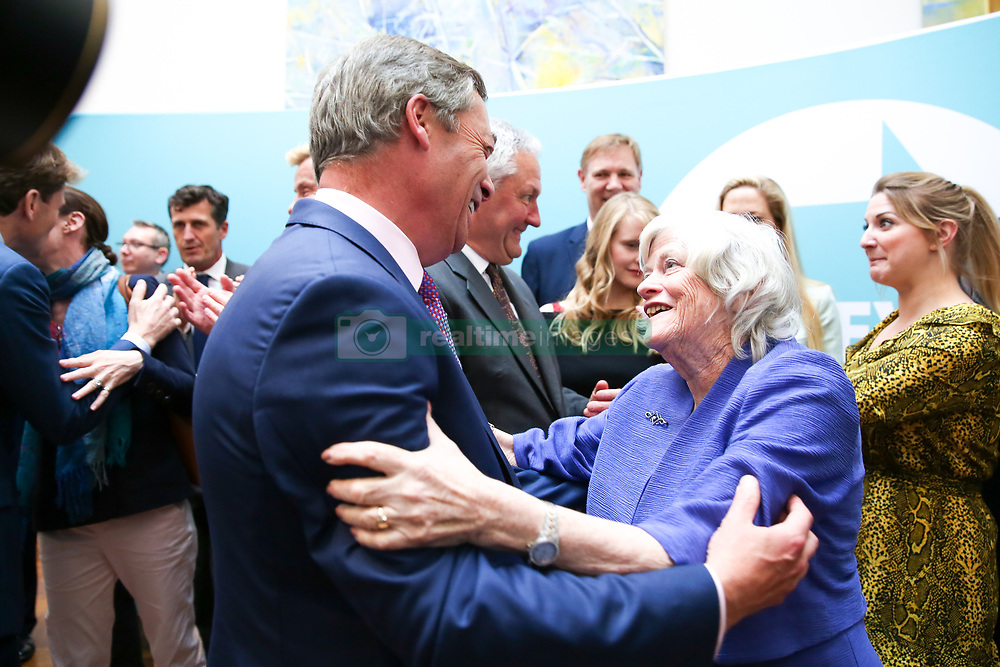