October 3, 2017 - Rockmart, GA, USA - October 3, 2017 Rockmart: A Polk County Police Department officer is consoled during the funeral of fellow Polk County police detective Kristen Hearne on Tuesday, Oct. 3, 2017, at the Victory Baptist Church in Rockmart, Ga. Hearne was killed while acting as a backup on what appeared to be a routine stolen car investigation when she was ambushed by a Walker County man with a long rap sheet and an outstanding warrant for his arrest. (Credit Image: © Curtis Compton/TNS via ZUMA Wire) 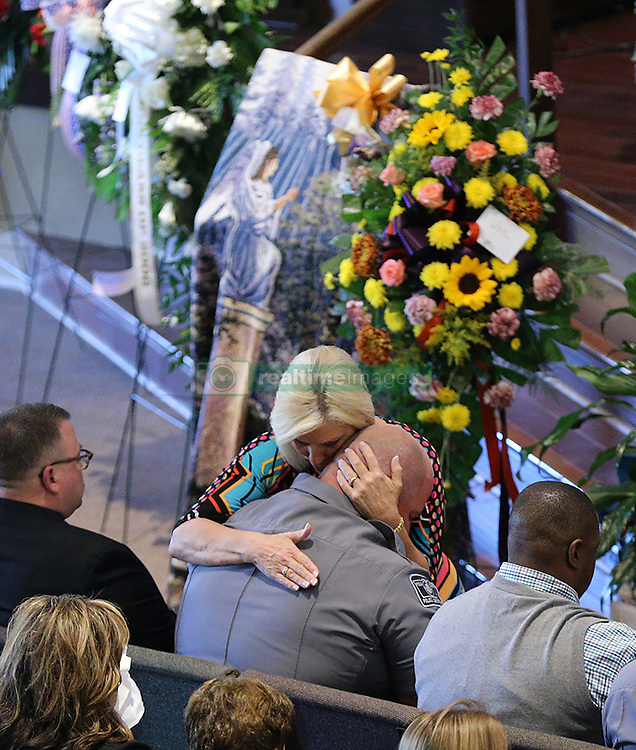