General view inside the Wieliczka Salt Mine, in Wieliczka, Poland on September 2, 2017. The mine is one of the largest tourist attractions in Poland, registered on the UNESCO list and visited by over a million tourists every year. Opened in the 13th century, the mine produced table salt continuously until 2007, as one of the world's oldest salt mines in operation. Commercial mining was discontinued in 1996 due to low salt prices and mine flooding. The mine is currently one of Poland's official national Historic Monuments, whose attractions include dozens of statues and four chapels carved out of the rock salt by the miners, as well as supplemental carvings made by contemporary artists. The Wieliczka salt mine reaches a depth of 327 meters and is over 287 kilometres long. The rock salt is naturally grey in various shades, resembling unpolished granite rather than the white or crystalline look that many visitors may expect. In the 13th century, rock salt was discovered in Wieliczka and the first shafts were dug. The Saltworks Castle was built in the late 13th to early 14th century. Wieliczka is now the location of the Krakow Saltworks Museum. Many shafts were dug throughout the time the mine was in operation. Different technology was added such as the Hungarian-type horse treadmill and Saxon treadmills to haul the salt to the top of the surface. During WWII, the shafts were used by the occupying Germans as an ad hoc facility for various war-related industries. The mine features an underground lake; and the new exhibits on the history of salt mining, as well as a 3.5 kilometres touring route (less than 2% of the length of the mine's passages) that includes historic statues and mythical figures carved out of rock salt in distant past. More recent sculptures have been fashioned by contemporary artists. The Wieliczka mine is often referred to as the Underground Salt Cathedral of Poland. In 1978 it was placed on the original UNESCO list of the World Heritage Sites. 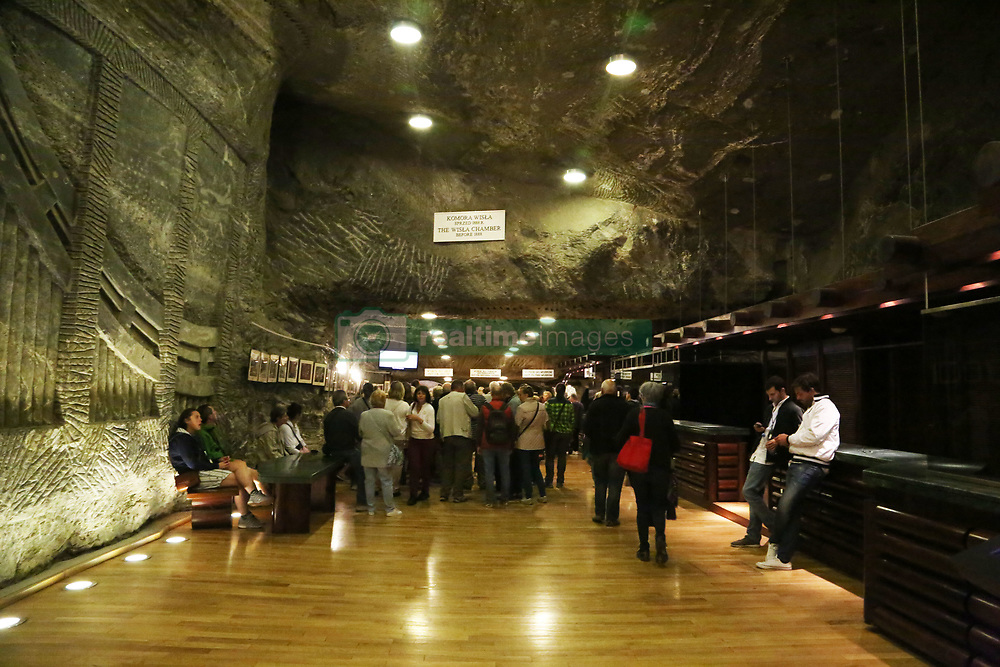