Prince Edward (centre) and his brothers the Prince of Wales (left) and the Duke of York, walks through Windsor Castle to St George's Chapel where he is to marry Sophie Rhys-Jones on Saturday June 19, 1999. The royal couple, who met in 1993 in London at a charity real tennis match that the Prince had organised, were marrying in St George's Chapel in Windsor Castle. Buckingham Palace announced before the wedding that the Royal couple will in future be known as the Earl and Countess of Wessex. By tradition, Royal grooms have two supporters, rather than one best man.
Anwar Hussein/allactiondigital.com 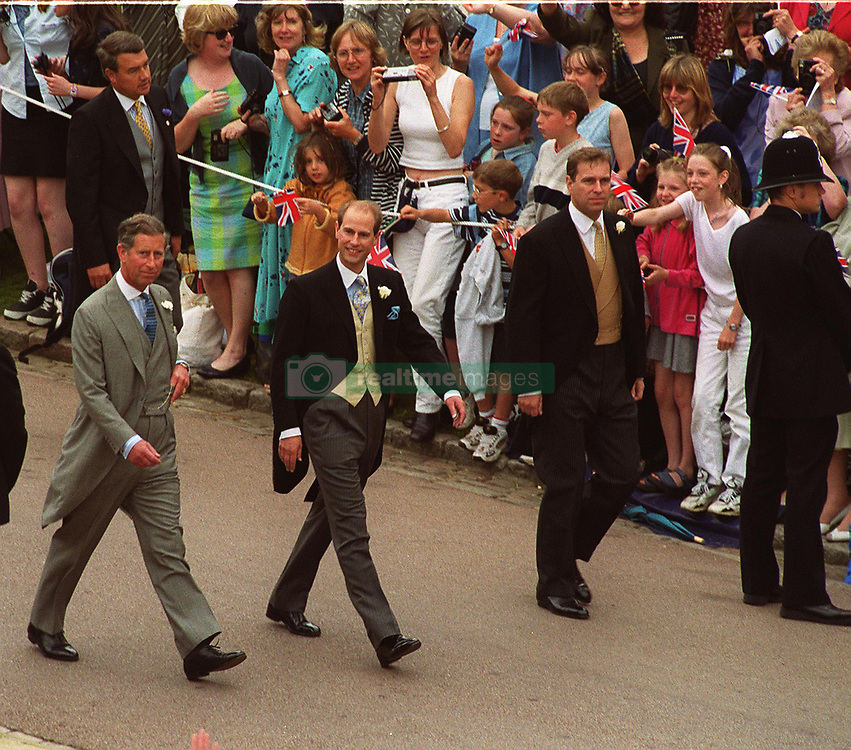