June 14, 2018 - New York, New York, United States - Constitutional law professor and candidate for Attorney General of the State of New York, Zephyr Teachout joined the picket line of Spectrum workers who have been on strike for over 400 days amid changes to their benefits following the companyâ€™s merger with Charter Communications. She spoke on how she will use the powers of the Attorney Generalâ€™s office to protect both workers and consumers from future large mergers. (Credit Image: © Erik Mcgregor/Pacific Press via ZUMA Wire) 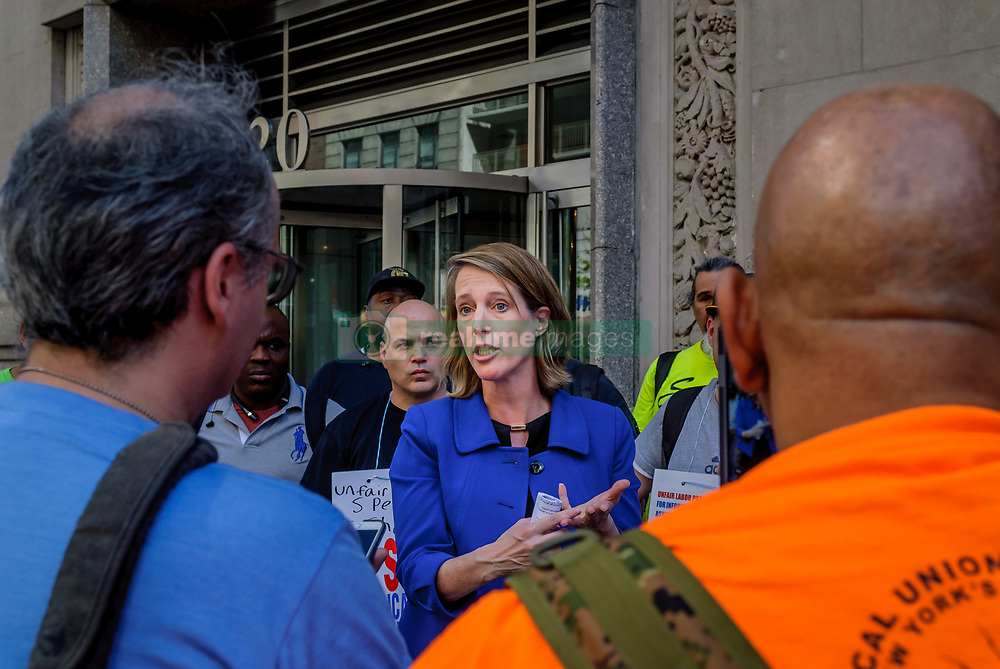