EXCLUSIVE: The Sperminator strikes again — this time donating his seed to an 18-year-old who lives in an East Harlem shelter. Her daughter, due July 12, will make it number 50 for the serial sperm donor. Ari Nagel, the 43-year-old CUNY math professor who donates his sperm to women across the globe for free, has racked up serious spawn this past year: 15 babies since last Father’s Day, bringing the grand total to 48. One woman is due to give birth in early July, followed by Kaienja Garrick, who lives in the East River Family Center, a family shelter with a shared bathroom and kitchen. “I think it’s a nice shelter. It’s probably nicer than my apartment,” Nagel told The Post, adding that he didn’t know how old Garrick was when she reached out to him last August. “I never asked her age — I try to help whoever asks,” he said. “I think Kai is more mature than I was at her age after everything she has been through.” **NO NEW YORK DAILY NEWS, NO NEW YORK TIMES, NO NEWSDAY**. 11 Jun 2019 Pictured: Kaienja Garrick with girlfriend Dee Slobert. Photo credit: Stefano Giovannini @stefpix2 IG / MEGA TheMegaAgency.com +1 888 505 6342 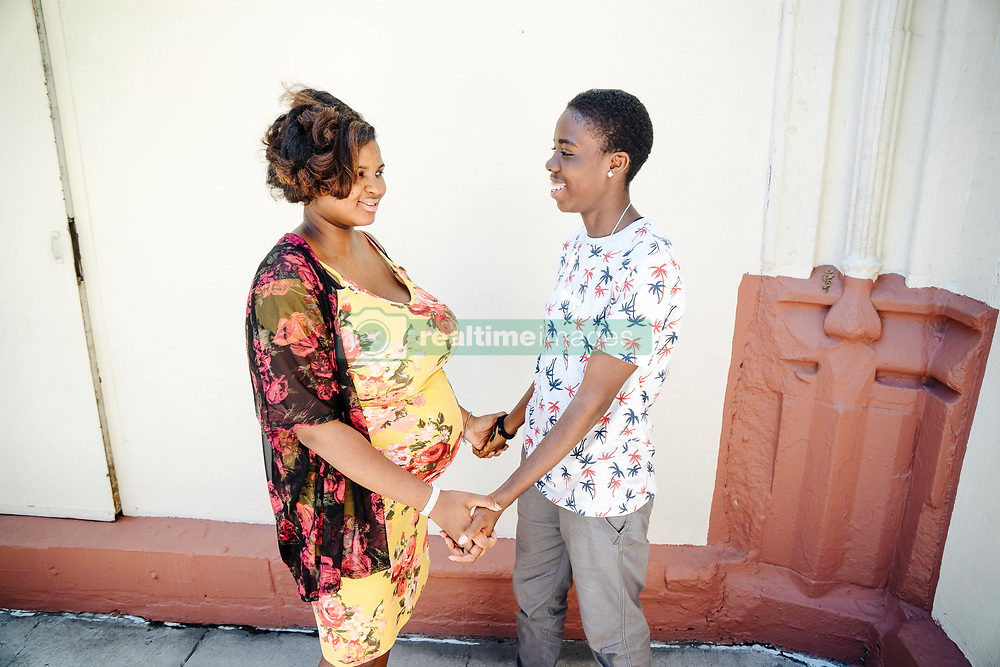