June 16, 2018 - Rome, Italy, Italy - Demonstration in Rome called by the union Usb (Union base union) against the diktat of the European Union, against the new government and the hard line on immigration, against social inequalities. The demonstration reminded the activist of Mali militant of the Usb union, Soumayla Sacko, killed in the Calabrian countryside while, with two compatriots, he was taking sheets from an old abandoned furnace to make us the roof of the shack to sleep after work. Many laborers in the square had potatoes and tomatoes in their hands, products harvested in the countryside. (Credit Image: © Patrizia Cortellessa/Pacific Press via ZUMA Wire) 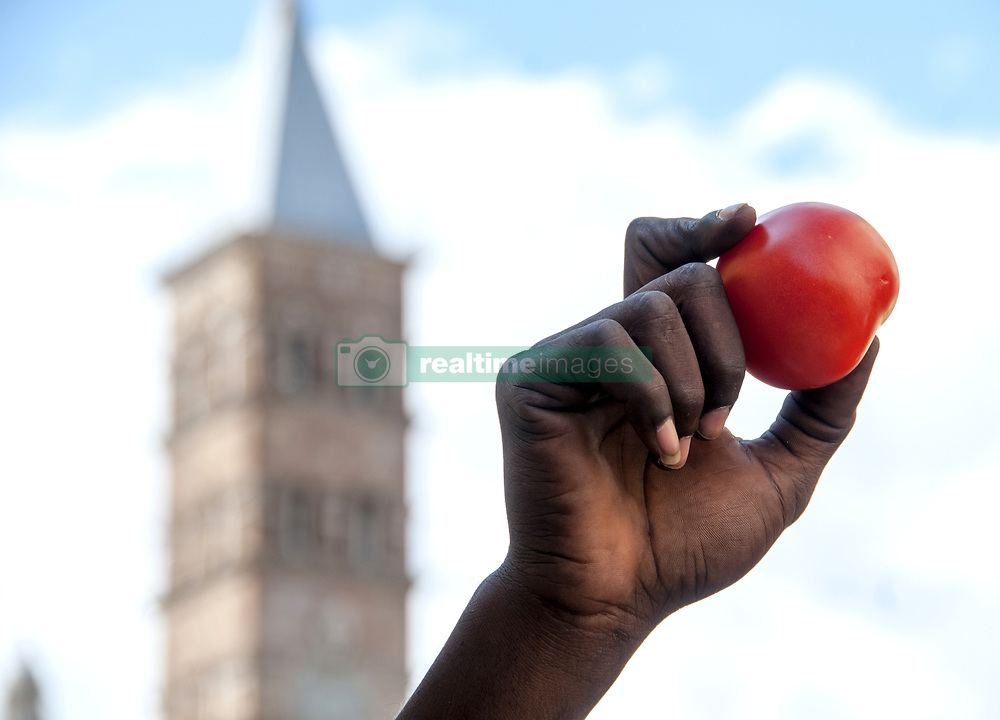