Prince William, Duke of Cambridge and Prince Harry visit the trenches during the commemorations for the Battle of Vimy Ridge on April 9, 2017.
The Battle Of Vimy Ridge was fought during WW1 as part of the initial phase of the Battle of Arras. Although British-led, it was mostly fought by the Canadian Corps. A centenary commemorative service was held at the Canadian National Vimy Memorial in France and attended by the Prince of Wales, The Duke of Cambridge and Prince Harry and representatives of the Canadian Government. 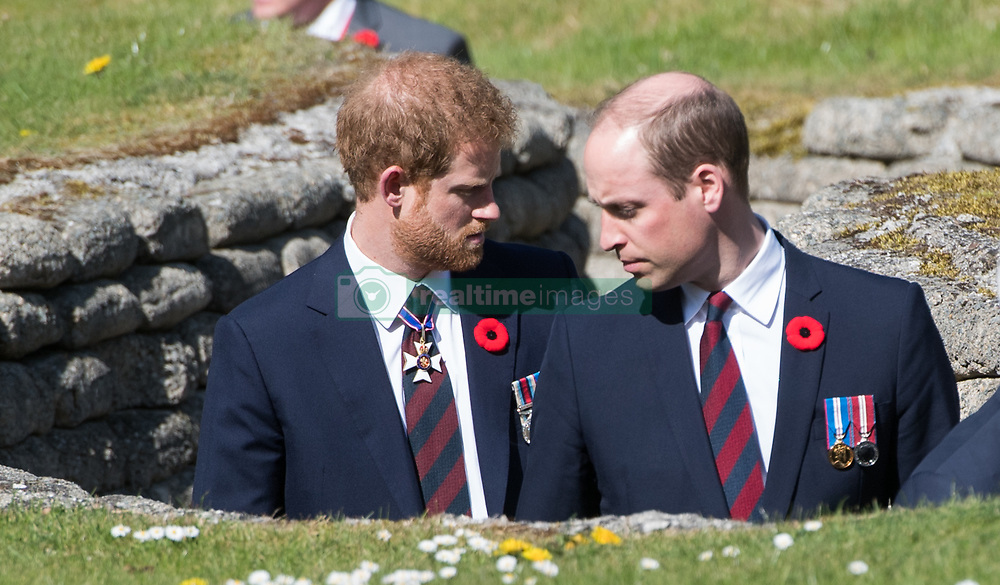