July 21, 2017 - Dachau, bavaria, germany - (photo: Sachelle Babbar) The head of the SPD and Kanzlerkandidat (candidate for the Chancellorship of Germany) visited the Dachau concentration camp grounds in order to pay respects on behalf of his SPD party to the victims of National Sozialism. Schulz then presented a memorial plaque (followed by a moment of silence) with inscriptions honoring the victims and those who defend democracy. At the end of the tour, a wreath was laid down at the International Memorial by Schulz, Markus Rinderspacher, Uli GrÃ¶tsch, and Michael Schrodi. Other speakers included Dr. Gabrielle Hammermann of the Dachau Memorial..The Dachau Concentration Camp Memorial Grounds lie approximately 20km north of Munich. The camp eventually came a â€œmodelâ€, which other camps were designed after. It was in operation from March 1933- April 1945 and 31,951 were reported as killed there. Dachau recently received international attention when the iconic â€œArbeit macht Freiâ€ gate was stolen in 2014, then recovered in Norway in 2016, and returned to the grounds in Feb. 2017. (Credit Image: © Sachelle Babbar via ZUMA Wire) 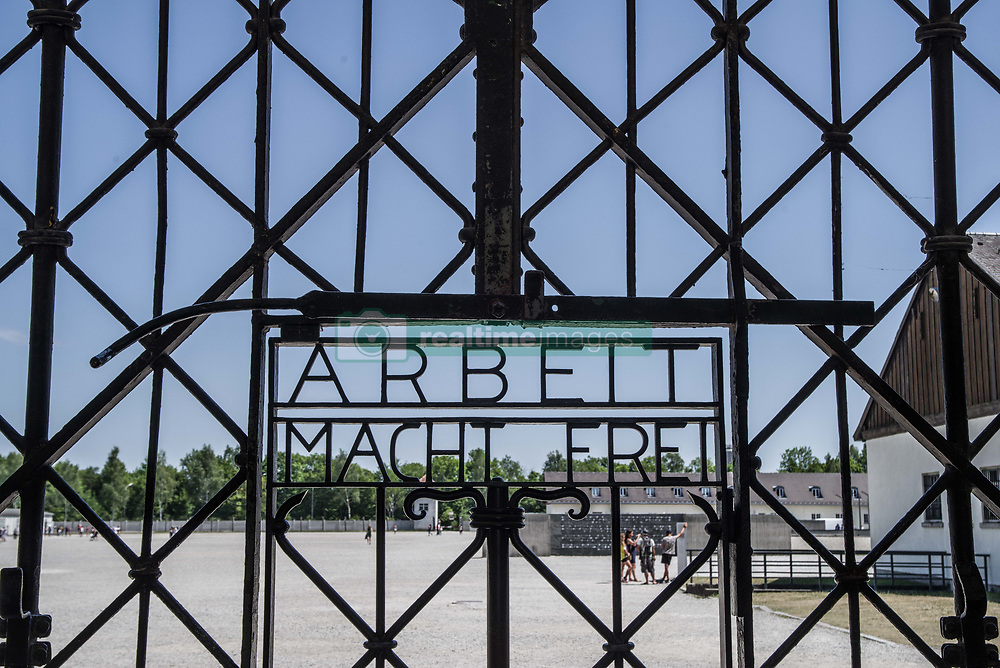