May 9, 2017 - Seattle, Washington, United States - Seattle, Washington: Mayor ED MURRAY speaks to staff before a press conference withdrawing from the race. The popular mayor ended his reelection campaign surrounded by supporters, friends and his husband MICHAEL SHIOSAKI. The mayor, a democrat, withdrew from a campaign he was easily expected to win amid sexual abuse allegations. He has been in office since 2013 after defeating incumbent Mike McGinn. (Credit Image: © Paul Gordon via ZUMA Wire) 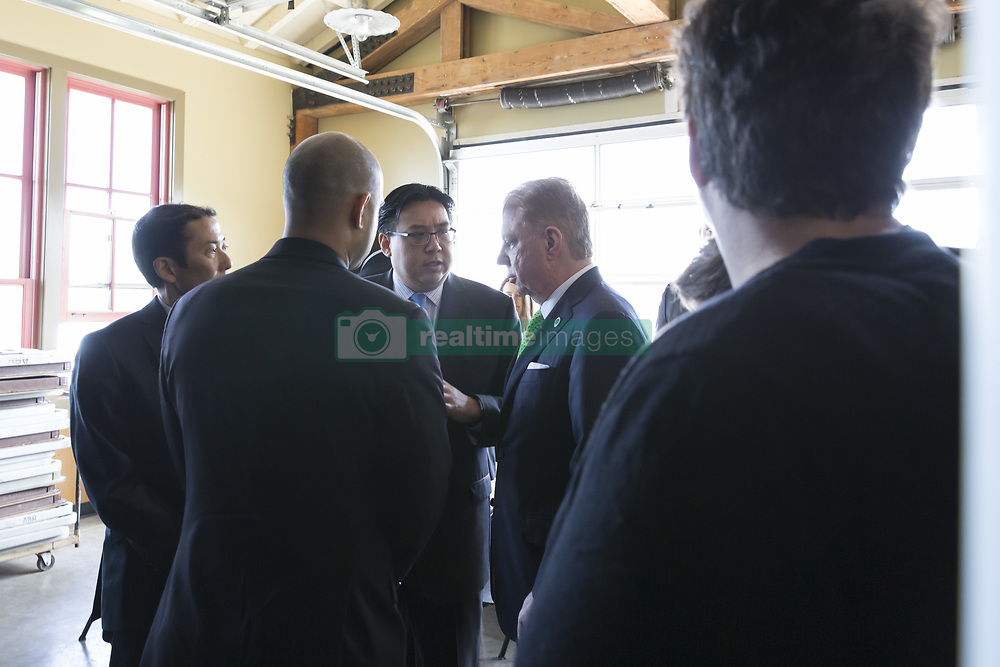