June 26, 2017 - Russia - June 26, 2017. - Russia. Far Eastern Federal University (FEFU) and 'Bakulin motors Group' announced the signing of a cooperation agreement, in which planned tests of the first Russian unmanned buses 'MatrEshka'. One of the areas of cooperation will be the launch of a pilot bus route 'MatrEshka', which will run on the FEFU campus on island Russian. Preparatory work in the framework of this project will be held in June-August and the start of testing is scheduled for early September. 'MatrEshka' is a fully Autonomous transport, developed by SKOLKOVO residents. It allows you to carry passengers, cargo and can work as utility vehicles. The creators claim that drones are safer than traditional buses, as they eliminated the human factor leading to the accident, and artificial intelligence monitors technical condition of transport and if there are problems, immediately accountable to the owners. In picture: Russia's first unmanned bus 'MatrEshka' concept art. Photo: matreshka.ai (Credit Image: © Russian Look via ZUMA Wire) 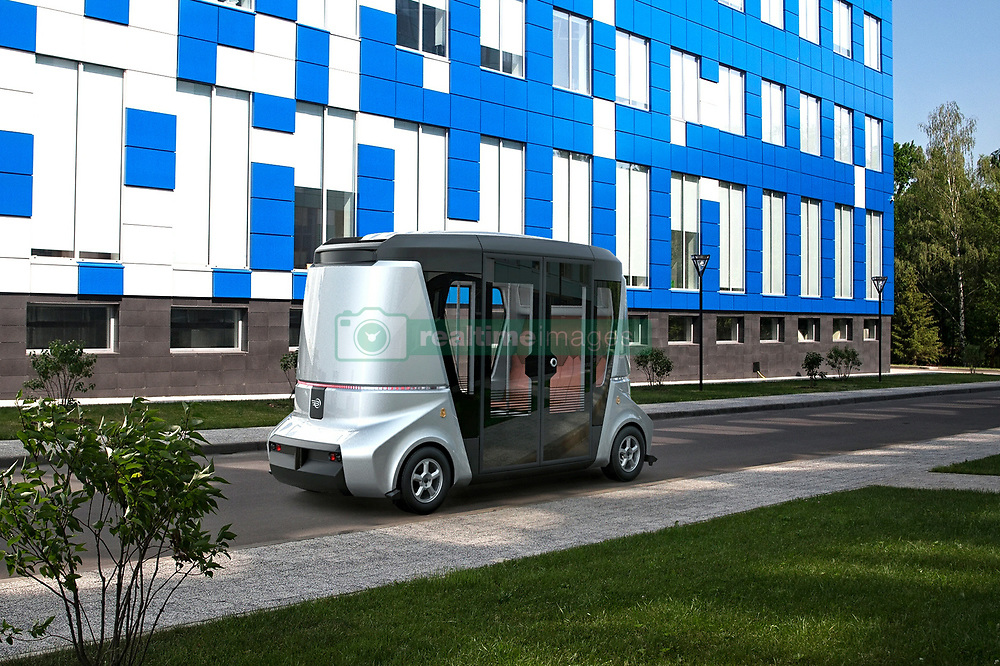