November 22, 2018 - Tunis, Tunisia - Unionists and demonstrators wave Tunisian flags and make victory signs as they took part in a rally held by the Tunisian General Labour Union (French: UGTT) outside the building of the Assembly of the representatives of the people (ARP) in Bardo, Tunis on November 22, 2018 amid the general strike called by the UGTT after unsuccessful pay rise negotiations with the government of Youssef Chahed. (Credit Image: © Chedly Ben Ibrahim/NurPhoto via ZUMA Press) 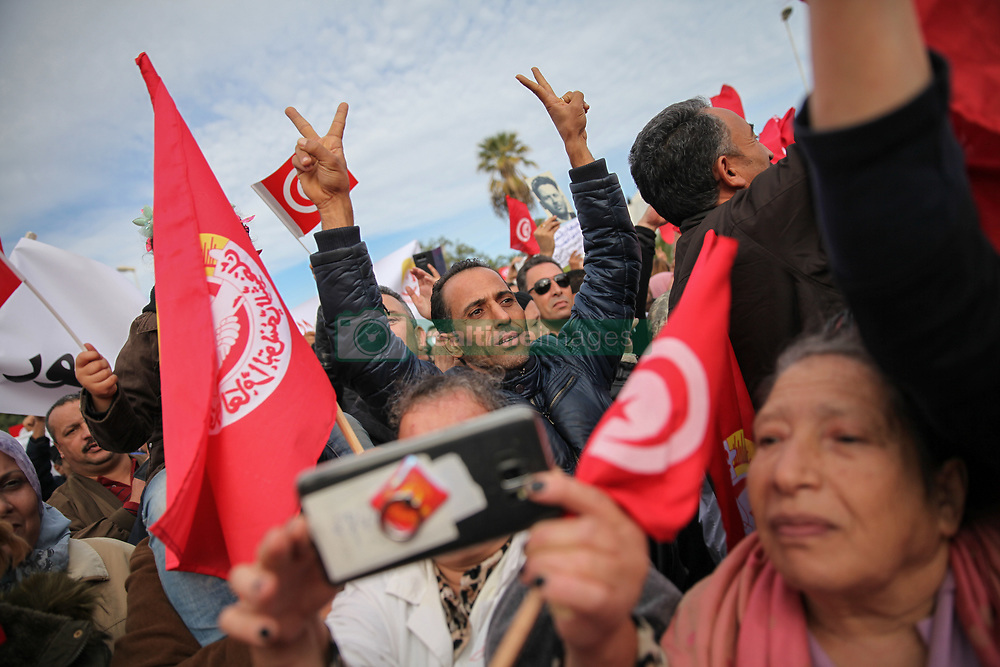