August 15, 2017 - Washington, DC, United States of America - U.S. Secretary of State Rex Tillerson delivers remarks during the release of the annual accounting of religious persecution around the world at the Department of State August 15, 2017 in Washington, D.C. The report criticized the Islamic State for persecution of religious minorities but made no mention of the rise in attacks against Muslims in the United States. (Credit Image: © Glen Johnson/Planet Pix via ZUMA Wire) 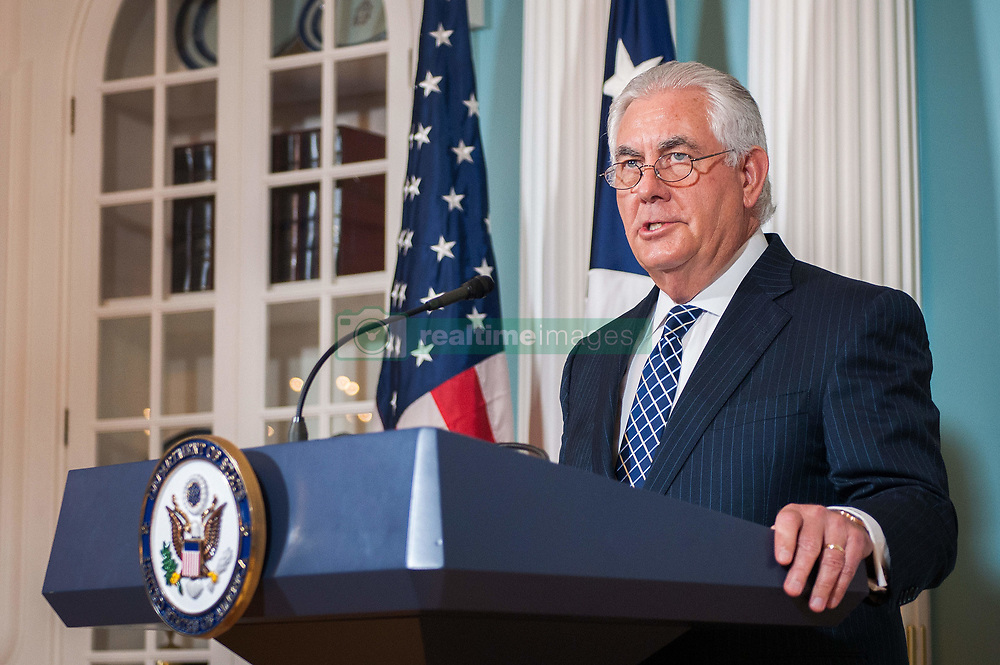